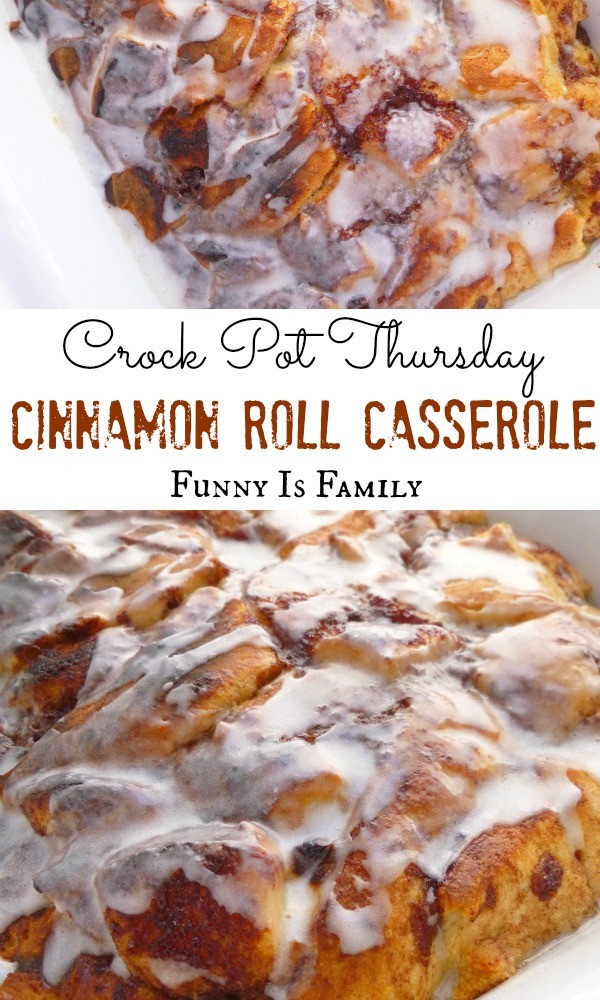 Look at this deliciousness. This gorgeous breakfast recipe is what prompted my eight-year-old to say, “Mom? You know how usually I’m not excited about casseroles? I’m really excited about this one.” No kidding, kid? You’re excited about Crock Pot Cinnamon Roll Casserole? Me too, son. ME TOO.

I’ve had my eye on this recipe from Recipes That Crock for some time now, and have even shared it on my Facebook page, but had never actually made it. Thankfully, I have a sister-in-law who is pregnant (with twins!), and her palate can only tolerate a few things right now. One of those things is sweet, dessert-type recipes, and this week’s pick is hers. Thanks, Sarah!

I made this recipe on Valentine’s Day, which happened to be a Sunday. I put it together before church, and by the time we got home and whipped up some bacon and eggs, this delightful Crock Pot Cinnamon Roll Casserole was ready to be devoured. It was the perfect Valentine’s Day brunch to share with the loves of my life, and it would have made enough for us to have for two breakfasts, if the kids hadn’t gotten into it for an afternoon snack.

We like crispier edges on our pastries, so I put my 3.5 Quart Crock-Pot Casserole Slow Cooker insert under the oven broiler for a few minutes to give it the browned look on the top. After broiling, I topped it with the icing.

You’ll want to keep an eye on your cook time, as mine needed to go longer than the 2 1/2 hours, but Sarah’s was great at 2 1/2 hours. Slow cookers have some variation in cook times, and different sized vessels will cook differently, too. Sarah used an oval slow cooker, as opposed to my casserole-shaped slow cooker. 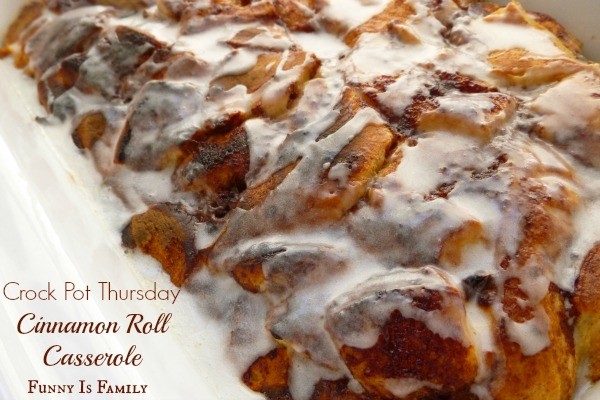 We had it for breakfast at Sarah’s house. The flavor was great–we needed a bigger batch!!

This was good. I thought it would bulk up and fill the crock but it didn’t really do that. It was good but not enough to feed a crowd. I thought it could have used a bit more cinnamon but was happy with the taste.

This is a fun take on cinnamon rolls. My husband wondered if it was worth the work to cut up the rolls rather than just making plain ol’ cinnamon rolls, but I really liked the consistency of the casserole, and would definitely make it again! The kids loved it, obviously.