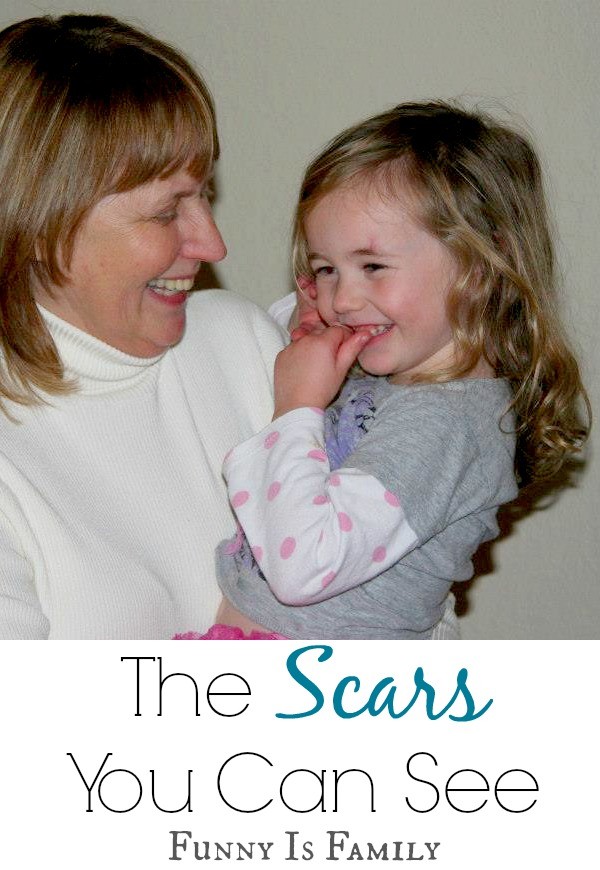 Every time I shave my legs, I brush my hand over the scar that runs several inches along my right shin. It has been almost thirty years since I sliced a strip of skin clean off my body in an ill-fated attempt to shave my legs for the first time, and to this day I pay extra close attention to that danger zone of sharp edges created by shin bone.

Usually when I shave I’m in a hurry, tending to a task I resent having to do because of my gender, but not brave enough to fight stereotypes and let my furry flag fly. While my hands are tasked with hair removal, my mind is on work, or laundry, or replaying a recent argument, this time with more clever responses on my part. Sometimes, though, my mind goes back to that fateful day, how ribbons of blood swirled in the tub, and how I had frantically wished I was at home, rather than at a friend’s house. How was I going to explain myself? Why did my friend’s mom keep her razor so sharp? Were they all like that?

Ultimately, it was embarrassing, but not awful, and I learned a few important lessons. First, one must watch out for knees, shins, and ankles when shaving one’s legs; and second, 10-year-olds have no business taking that task on without input from an adult with years of hair removal experience locked in her brain.

I like scars. I like the stories they tell, and the memories they hold. I like the bumpy spot on my knee from the day my friend, Jesse, playfully tried to pick me up, wholly unsuccessfully. He ran at me, a huge grin on his face, and as attempted to lift me up, his spindly legs buckled under my weight, sending me tumbling to the ground. He had meant no harm, and I tried with marginal success to not be angry as I picked the gravel driveway out of my leg. Maybe I was irritated that my knee was full of dirt and debris, but probably I was pissed that as a 15-year-old girl, being literally dropped by a boy meant I was most likely as chubby as I suspected.

My annoyance was fleeting, and a few short years later, one hand held a tissue while the other hand rested on the scar on my knee at Jesse’s funeral. A few passed notes, memories of his smile, and the permanent marks on my skin are all I have left of that friendship.

The scar on my upper lip holds the story of playing tag at my grandma and grandpa’s house, and how we grandkids would roam, free to explore the farm. My grandmother had magnificent gardens, ones that were featured in magazines, and we would spend hours looking for frogs and fish in her pond, or taking turns pushing each other on the rope hammock strung up in a shady corner between two trees. Sometimes we’d rock lazily in the hammock, but more often than not, we’d attempt to flip the hammock over while looping our fingers into the loose weave to avoid falling onto the dirt. When we tired of this game, or when someone (usually me) started crying, we’d head back inside, where Grandma let us dress up in her clothes, which always meant trying on her enormous bras and stuffing them with entire loads of laundry.

I’m certain we weren’t given the green light to play tag in the house, but I also don’t remember being told to stop, so like most other games, it only ended when there were tears. Again mine. I remember being terrified when I split my lip on the edge of my grandparents’ fireplace, and being held down by multiple adults in the emergency room so I could be stitched up. This memory is one of my most vivid from childhood, and it came back full force when, two years ago, my then four-year-old cracked her head on a radiator after jumping on the bed.

That radiator incident completely freaked me out. There was so much blood in my girl’s eye, I couldn’t tell where the damage was located. Thankfully her eye was okay, and we only needed to worry about a scar on her eyebrow. I still feel guilty thinking, “A scar would look cool on a boy, but not on my sweet girl.” I was taken aback by my double standard, but was too worried about my kid’s face to dig too deep. I mean, my kids have one parent with barely any eyebrows, and one who, without intervention, would look like Bert from Sesame Street. Left unattended, my unibrow would be as lush as Tom Selleck’s moustache, and what if my girl inherited that situation, but also had a huge, blank scar on one side?

It took a week or so, but I eventually came to my senses, remembering scars are cool, looks aren’t everything, but most importantly, that my daughter is strikingly lovely, and really she’d be doing the other girls a favor by taking it down a notch. Now she loves telling the story of how she bonked her head like the Five Little Monkeys jumping on the bed, and she’s thrilled to use her scar as a prop in her tale.

Scars are keepers of stories. They are memories literally carved into our flesh. They are symbols of wild adventures, of good friends, of beating health scares, and sometimes, they are just the visual reminder of how lucky we are to still be alive. Occasionally scars hold memories of scary, awful times, but even in those situations, scars are a testament to perseverance and strength.

2 thoughts on “The Scars You Can See”