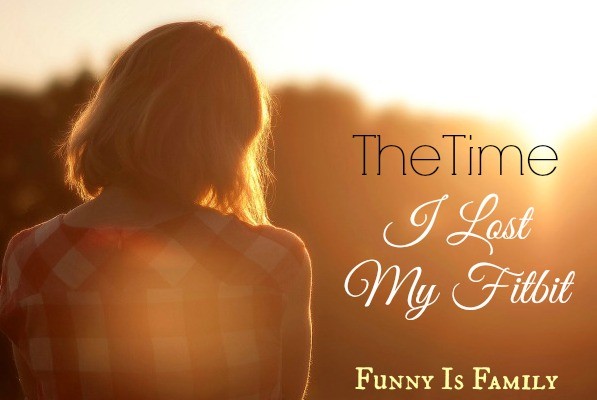 If you’ve noticed that I’ve gained some weight recently, thank you for keeping it to yourself, and no, I’m not pregnant. I’d just taken a break from worrying about the numbers on the scale, and until a few days ago, I hadn’t hopped on that scale in months. Here’s how it all started.

Early last spring I had this conversation with myself:

You might want to think about getting things under control.

You’re going to make me say it? Okay, your gut is the biggest issue, but also your ass can barely fit in your jeans, and those thighs have been even more, uh, “textured” than usual. And also your arms.

Yep, which is too bad because I know how much you like your tank tops.

Okay, I hear what you’re saying, and I know you’re right, but I think I’m going to go a different way for 2014.

I’m going to be chubby this year.

So I was, and it was oddly liberating. I bought bigger pants, wore the hell out of my one pair of elastic-waist shorts, and embraced dresses and maxi skirts. It was great. For awhile. But now I’m over it, and ready to breathe comfortably again.

When the kids went back to school, I planned on exercising (Every day! It’ll be great!), and a few times I actually did. Mostly, though, I cleaned my house (Every day! It was great!), knocked long-forgotten tasks off my to-do list, and watched a ridiculous amount of Judging Amy.

I was jealous of Amy Gray’s judicial robes that didn’t cut into her belly every time she sat down, the jealousy I reserve for anyone who has free license to wear non-restrictive clothing, including but not limited to: pregnant women, scrub-wearing healthcare providers, and old people. Now I’m old, but not old old, and I wasn’t willing to have another baby or go to medical school or law school, so I did the next best thing.

I bought a Fitbit Flex

. Everyone I’ve ever seen wearing one of these activity trackers is healthy and fit-looking, and if all I have to do to look like that is drop $99, well that seemed like a bargain.

Well, as it turns out, just wearing the Fitbit doesn’t get rid of the doughnut* around one’s abdomen, which really would have been good information to know beforehand.

Still, only a few hours in, and I knew it was working. I got off the couch and took my new bracelet for a walk. We were just getting to know each other, and I wanted Fitty to know that I cared enough to put in the effort. 3400 steps later, and I was already feeling exactly how I thought I would with a Fitbit, a little bit sweaty and a lot of bit smug.

Cutesy nicknames and out of character behaviors weren’t the only identifying signs of our new relationship. I kept looking at my wrist, and thinking about ways to work Fitty into conversations. I even wanted to take him to bed…mostly for the sleep tracking abilities, but still. Things were getting serious.

And then, as it is when you stop paying attention to the object of your affection, Fitty was gone. My wrist was bare, and my brand new purchase was missing.

I lost my Fitbit four hours after getting it.

The good news was I hadn’t left the house. The bad news was that I had been in every room, and had spent an hour doing yardwork outside. I had put things in the trash, and really, that bracelet could have been anywhere.

My first thought was, “Damn it! How many steps did I not get credit for?”

I wandered around outside, mumbling quiet swears and pressing my hands to my forehead, my eyes sweeping the ground for my new friend. I stayed close to the areas where I had done the most aggressive weed pulling, assuming I had worked so hard, my vigor so intense, objects could fly from my person. But no. No sign of Fitty.

Had he found another wrist? A better wrist who took him for more walks, and was more adept at securing his clasp?

I then looked in every room in the house. No.

I looked through the outside garbage, combing through household trash and bags of dog poop, thinking of my middle school retainer, and wondering if my new Fitbit would be another expensive piece of equipment worn for vanity purposes, that would have me regularly digging through waste.

After washing my hands free of the filth, if not the memories of what they had just done, I finally took to the internet where I learned that I could try to sync the device with my phone, and could more accurately pinpoint my Fitbit’s location by where the syncing was successful. This detective work led me to my Fitbit, which was under my bed. Fitty isn’t talking, so I can only assume he fell (jumped?) off when I was making the bed, and bounced under.

I can forgive his leaving me, and I even own part of the blame, but I can’t forget the untracked steps or the garbage digging, and I’ll be sure to bring them up in our next fight.

28 thoughts on “The Time I Lost My Fitbit”