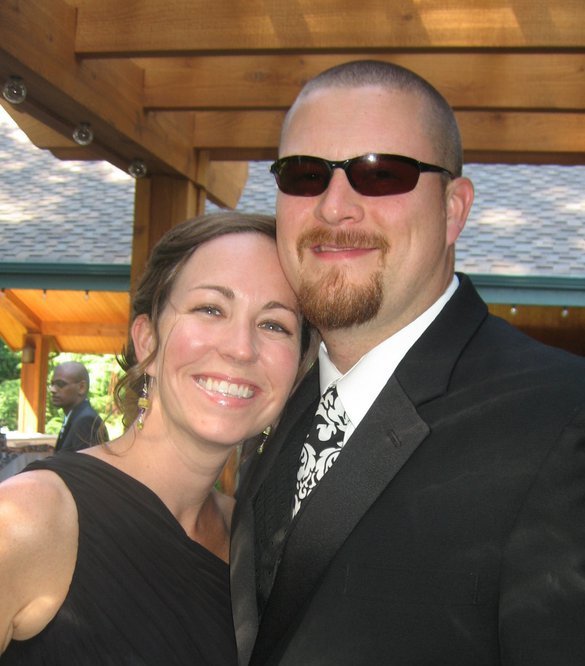 Yesterday my husband and I celebrated our 11th wedding anniversary. It was on a Saturday, and friends had agreed to watch our kids for the evening, so yeah, I was pretty excited.

I WAS GOING ON A DATE!

After 15 years together, our anniversaries have evolved, or devolved, as it were. Back in the nineties, my beloved always received a card. Obviously. I would begin hunting for the perfect sentiment weeks before the big day, and would eventually settle on some humorously suggestive card that didn’t really say what I was feeling, and also that wasn’t that funny.

Hallmark is consistently a bigger let down than New Year’s Eve.

In the early years, I would also purchase a gift to go with the card. It would be something thoughtful that would miss the mark and cost too much money, and it would either be returned by my husband, sheepishly and apologetically, or is still sitting in the packaging in our crawl space.

Over time, things have changed. I still bought a card to mark 11 glorious years, but it’s currently in my purse, still blank except for the preprinted sentiment that still isn’t quite right. If I give him the card I’ll edit the original message with a pen, so that it reads, “My life is pretty good, and it’s  mostly your fault.”

Last night when I told my husband I had a card for him that wasn’t yet signed, he laughed. He had no card for me, but upon further discussion we agreed that maybe there was an extra from Valentine’s Day that was never filled out that would have worked? And where would that card be?

There is a spare birthday card floating around for me somewhere, too. Two years ago, my oldest childhood friend sent my husband a birthday card for him to give to me. It had reminded her of us, and she knew there was a chance he hadn’t purchased one yet. He was indignant, as he had actually walked over to Walgreens to buy me a card just the day before. The fact that he forgot the card at work, and needed to use my friend’s card anyway was just a small detail.

I don’t need a card, and I don’t want flowers, but I do love putting on heels and going to a restaurant without a kids menu.

Going out as a couple is one of those things that is obviously fun, and that we know is important, but we never make time for it. It’s a hassle to find someone to watch the kids, our budget is tight, and we are so super lazy. Even last night we were yawning at 4:30 pm, and I seriously considered floating the idea of sneaking home to take naps after dropping the kids off.

I nutted up and didn’t vocalize the nap idea, partially because I knew he’d take it the wrong way and wouldn’t let me nap AT ALL. I appreciate that after all this time my man still wants to bed me any chance he can get, but I’m not trading a meal sans kids for what is most certainly a sure thing.

We went to dinner and we ate incredible tapas at Barcelona in New Haven, food that was so gorgeous I said, “I’m going to Instagram the shit out of this meal.” I didn’t. We were too busy having drinks, laughing, and relishing in the fact that our trips to the bathroom weren’t on a tiny-bladdered schedule. Shout out to the general manager, Bart, who comped us a gorgeous meat and cheese platter saying, “Usually I like to give a dessert for an anniversary gift, but you look like a meat guy.”

It’s not only children and old people who eat dinner at 5 pm; I also like taking my evening meal when it is still light out. Seven years of eating on a child’s schedule will do that to a girl. Because of this, we were done with our fun downtown dinner by 7 pm, giving us plenty of time to ease our way back into suburbia with a quick stop at Buffalo Wild Wings, where the beer is cold and the college football watching is aplenty.

The kids were retrieved and in bed by 8:30, and we were proud of ourselves for actually leaving the house. We vow to do date night again soon, but both know it won’t probably happen again until next September when we are forced out of the house to have fun as a couple.

I love my husband like crazy, and I still like him, too. He enjoys my company and we make each other laugh, and that right there makes for the happiest of anniversaries. 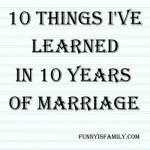 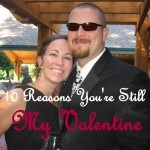