Not to brag, but I have (so far) been successful in growing two kids without major incident. I have protected them from the elements, fed and watered them, and resisted the temptation to eat them. They have not broken any limbs from being run over by dogs chasing after balls, they have not been nibbled on by beetles, and no one needs to pee around their perimeter to keep them safe from predators.

Buoyed by my success in the child-raising department, and undeterred by my dismal performance in tending to more leafy charges, I set to growing a garden this spring.

I was excited. What a fun family project it would be! Growing our own food, working the land, teaching my children about photosynthesis as well as the arts of patience and gentleness? We’re practically homeschooling over here!

We needed supplies. Sure there would be an outlay of cash, but when we didn’t need to buy any vegetables all summer, that money would come back exponentially, right?

We bought seeds, potting soil, some seedling pots, and several bags of garden soil; and we planted the seeds than needed to sprout indoors. I read so many instructions, and retained about half of the information, passing on 1/18th of that to the kids. I’m an amazing teacher.

We gave our seedlings the sunny spots in the kitchen, dooming ourselves to several months of shuffling seedlings every time we actually needed the counter space for things like cooking, we washed our hands, and high-fived.

That was fun! Sure, I only let the kids seed a few things and then took over because they were doing it wrong (Maybe. I’m not really sure, since I’m new at this, too.), but they got the general idea, and they got to participate.

The days turned into weeks, and nothing. Daily watering, and updates like, “Maybe that’s a sprout. No, it’s just a white speck,” made the time inch by.

Finally, we saw some action. Our seeds were growing! Bell peppers first, then tomatoes, and jalapenos pulled up the rear.

The kids were excited, again. And then they weren’t, because, really, watching plants grow is super boring stuff. I can try to teach them patience, but they still have my DNA, and being patient doesn’t come easily for me. 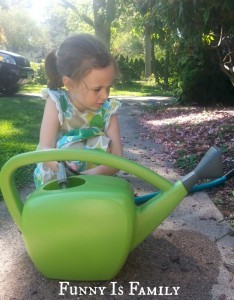 At some point, the weather was warm enough and the plants big enough, and our babies were moved outside. This was a fatal step for some of our seedlings, and for the entire crop of bell peppers. Thankfully, we planted enough seeds for a garden the size of our entire yard, but were preparing a much smaller chunk of dirt for our inaugural crop.

I grieved anyway. I had become attached to those adorable little green babies, and my neglect had killed them. When I found out I would later have to thin some of my vegetables, I balked. How could I choose which plants to exterminate? The runts? Isn’t that kind of a dick move?

Maybe I’m not cut out for gardening, I thought. It was too late to back out, though, and I had already wrestled some hostas the size of our car out of my flower bed turned garden plot. I was too invested, so I steeled my reserve, and plodded onward. When the time came, we transferred the best looking plants to the garden, planted the seeds that didn’t need to be started indoors, and water the hell out of everything.

If this were a movie, now is when you would see the video montage of our daily watering, my careful weeding, and an unnatural amount of my standing over the plants, urging them to grow faster.

When it came time to “thin” the cucumbers, I terminated one plant, but transferred one to an empty spot in my herb garden, and potted one. The one that got the ax was an asshole, and he had to go. 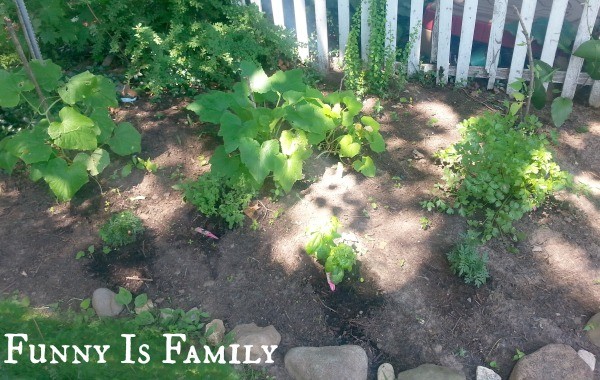 Squash and beans would eventually take up residence in this herb garden, too.

And then, you guys? THINGS STARTED TO HAPPEN.

The tomatoes, cucumbers, and squash began to flower. And I was ecstatic. Like, crazytown stoked that tiny yellow flowers were cropping up on plants.

And the montage continues, where I water my plants, with the help of my five-year-old daughter, weed the hostas that are creeping back into their old home, and curse the beetles that are eating my cucumber leaves. More standing over the garden, coffee cup in hand, wearing my pride and smugness like a cloak. I’m this close to being ready to go off the grid and homestead.

I start bugging my husband to let me get chickens. He says no. The neighbors are relieved. I wonder if I should start making my own butter.

Just when things get boring again, the cucumbers start sprouting! They are the tiniest, most adorable little spikey green penis-looking things, and my enthusiasm for gardening is renewed. CUCUMBER PENISES!! 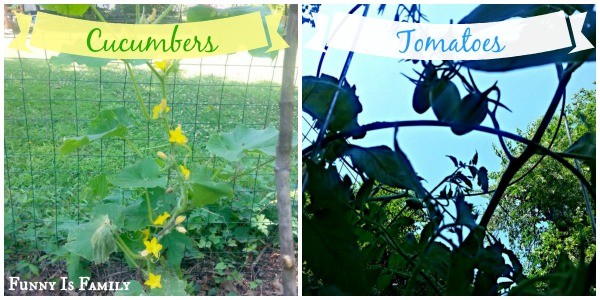 One morning, I’m looking out the kitchen window as my coffee brews, and I see a fat, brown bunny in the yard. It is so cute, and I wonder if I should watch it hop happily, or get my phone and try to get a picture of it. My morning is made by this adorable creature in my yard, and I smile contentedly.

Then it hops towards my garden, and in a split second, I go from animal lover, to Mr. McGregor wanting to take out Peter Rabbit.

I used to root for Peter Rabbit, but now that I have a garden of my own I’m team Mr. McGregor all the way.

So, to recap, I’ve spent months tending to a crop that is being gobbled up by a bunny, a groundhog, beetles, birds, and maybe some deer. This aggression will not stand, man.

Here’s the thing, though: Gardening has changed me. Adorable animals on my property are the enemy, I am happy sitting and watching things grow, and I worry about leaving town because who will water my plants? I am proud of dirt under my nails, I can identify ten new types of plants, and I’m encouraging my husband to pee in the yard, as long as it’s around the perimeter of my garden. 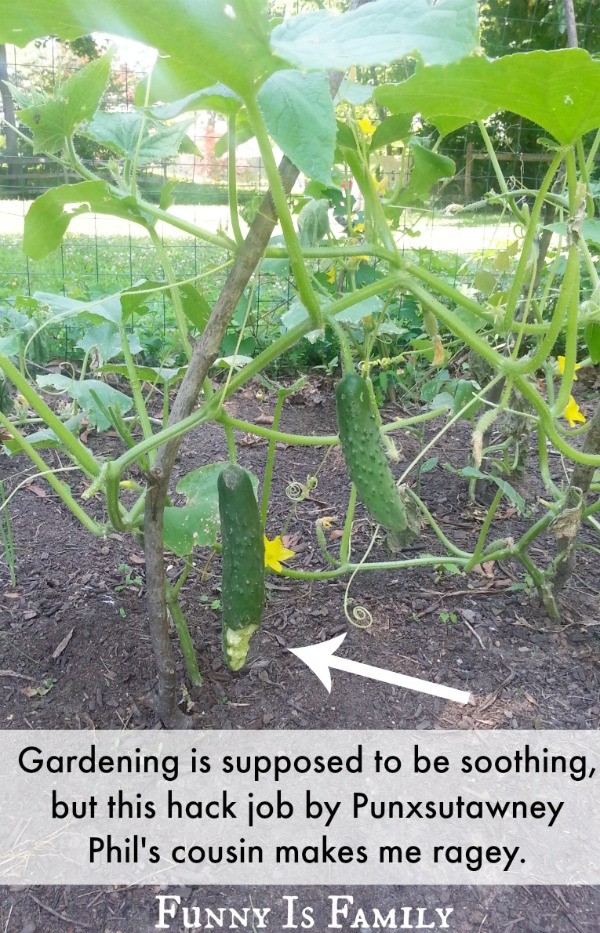 I’m hooked, and can’t wait to do it again.

8 thoughts on “A Rookie Gardener Greens Her Thumb”