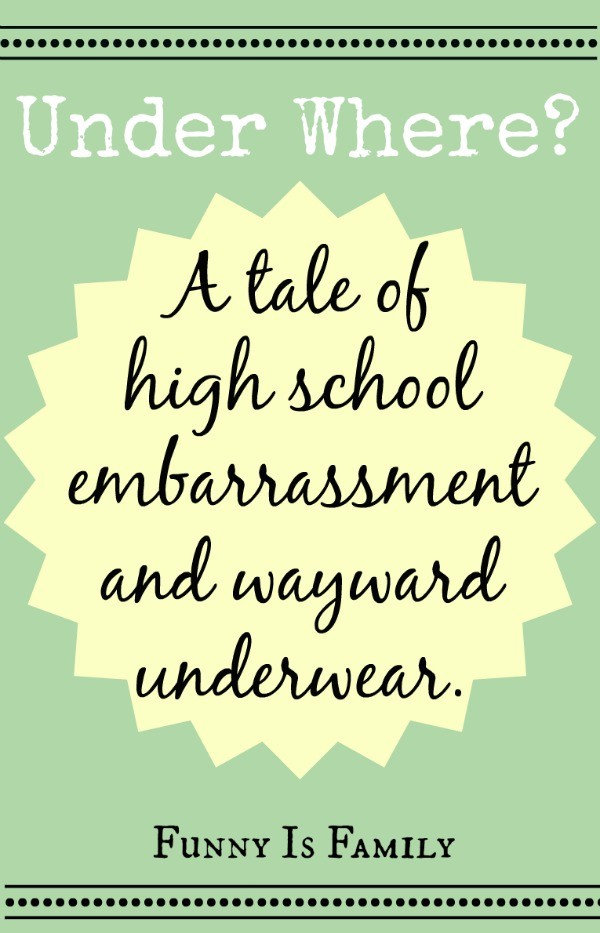 I exhaled a breathy sigh of relief, and flung myself into my chair, pulling my shoulder length, puffy brown hair into a ponytail with the scrunchie that perfectly matched my sleeveless flannel shirt. My Jansport backpack dropped loudly to the ground, and I threw up a silent prayer pleading that my report on the Bill of Rights was in my binder. And crap, did I actually complete it?

American Government was one of my favorite classes. Not because of the subject matter, which I wish I would have paid more attention to, but because our teacher was young and fun, and he did his best to make class interesting. Maybe if he would have told me that as an adult I would have foreign friends who knew far more about American government and politics than I do, or that I would miss out on lively Facebook debates because I wasn’t well versed enough to dip my toes in the comments section, I would have paid more attention. Not likely, but maybe.

I sat next to one the more gifted wise-asses in my grade, and he was always good for an offhanded joke or a terribly insensitive jab, which was hilarious, except when it was directed at me. This was one of the reasons I may have missed some subject matter, and may be why I know far more about humor than I do about what Congress actually does, or as recent history suggests, doesn’t do.

I liked this class because it was first period, and the energy in the room was a fun way to start the day. We gathered every morning in one of the two or three portable buildings on our school grounds, because much like many schools in similar situations, the community was breeding quicker than the school could build, and we were overflowing.

The rickety temporary classroom was warm in the fall and spring and freezing cold in the winter. This day was near the beginning of the school year, warm enough for shorts, but I was in love with my new back to school jeans, so I was willing to sweat for 50 minutes while learning about the function of the branches of government, just like I had every day that week. That’s one of my favorite things about jeans. They can be worn over and over, and no one can tell if they are the same pair.

Every day, all week long, I had dumped my jeans on the floor next to my bed at night, and slipped them back on in the morning. My younger brother and I hit the high school jackpot, living directly across the street from school, which often allowed for him, as a boy, to wake up to the first warning bell, and be to school in time to not receive a tardy slip. I generally woke much earlier, in order to drink my coffee, read my morning newspaper, and work my bangs into whatever poof shape was the style that year. With my teased hair, morning brew, perfectly folded paper, and my daily bowl of oatmeal, it’s no wonder I got my first AARP card in the mail when I was 24 years old.

On this day, though, I was running late, and my bangs monopolized my morning. While I was still breathing hard from sprinting across the street and the parking lot to class while trying not to mess up my hair; our teacher, we’ll call him Mr. Smith, directed us to take out our homework, which we all dug into our bags to retrieve. My classmate, Wiseass, looked at me, and the telltale sneer crept across his face.

“What?” I asked, immediately on guard.

“What’s that?” he asked, pointing to my buttery yellow suede Doc Martens.

“Huh?” I responded, looking down, not seeing anything amiss. Did I step in poop in my mad dash to class? Was I wearing mismatched socks? No, and no.

Oh, shit. I knew, before I could see. Sneaking out the bottom of my perfectly faded Levis, the ones that were baggy enough to be cool, yet showed off my cute bubble butt even after a week’s worth of wear, were the previous day’s underwear. I froze, panicked. My whole body got hot, with my face betraying my emotion like it has my entire life. I wracked my brain. Were they cute underwear? Were they stained? Were they period underwear? I didn’t look directly at Wiseass, but I could feel him smiling in only the way a bully can when his classmate is about to vomit from embarrassment.

“Yeah, I don’t think so,” Wiseass drawled, settling in for a show, his arm slung over the back of his chair. My hand shot in the air, and Mr. Smith nodded at me. “I need to go to the bathroom,” I squeaked, sounding like a chipmunk.

Wiseass jumped in, giddily. “She has underwear hanging outta her pant leg!” he told the room, bouncing up and down in his seat, as half of my peers laughed and the other half pitied me.

Mr. Smith reasoned, “You really want to use one of your two passes for the year on this?”

“Yes,” I nodded vigorously. “Absolutely.” I was determined, and while I could probably grab the offending garment and sweep it into my backpack, I couldn’t run the risk of fumbling, and dropping holey skivvies in front of my class. In front of Wiseass. He would tell the entire school, and I would never get a date to prom. I needed to get out of that inferno of a room, away from everyone’s eyes.

“They’re clean!” I lied, to no one in particular. “They must have…the dryer…gotten in there in the wash…or something.” And then, “It’s a sock!” I lied again, convincing no one.

Mr. Smith, with the patience of a saint stuck with a bunch of emotionally ludicrous teenagers, handed me the gigantic paddle that served as a hall pass, and I stood up as gently as I could, willing the day old knickers to stay safely inside my pant leg. Slowly, waddling like a penguin, I made my way up the aisle, towards the exit, and out the door.

Safely outside, I freed my drawers from my pant leg, and inspected them. A little on the granny panty side, but stain-free and definitely not period underwear. I began laughing, a hysterical, high-pitched bark that was a nod to the adrenaline sending my arm hair on edge. I was laughing so hard I was crying, and before I could realize what I was doing, I wiped my crazy-girl tears with those underwear like a hanky.

Looking around wildly to see if anyone had witnessed my dirty pantaloons on my face, I shoved them in my pocket and pulled my emotions back in check. I walked across the parking lot, across the street, and into my house, where I dropped off the panties, grabbed a granola bar, and used the bathroom mirror to practice the nonchalant expression I would need for my return to class. I was supposed to be making a trip to the restroom, after all.

When I slinked back into class, Mr. Smith ignored me like the professional he is, and Wiseass smirked again, but didn’t say a word. The story made the rounds, and eventually the rumor was that it was a thong hanging out of my britches. I didn’t contradict that falsehood. I did get a date to prom, and I had a great time with my friends while my date got drunk in the bathroom and was escorted home early, but not by me. He never did see my underpants, which might have been a thong.

[Tweet “A tale of high school embarrasment and wayward underwear.”]

5 thoughts on “Under Where?”