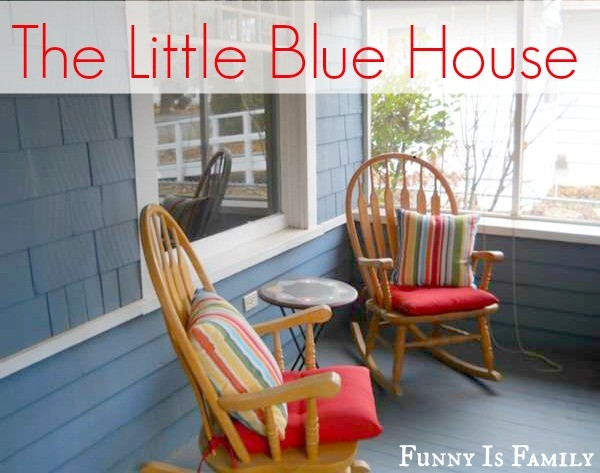 When I was 14, my parents bought a house across the street from our town’s high school. Ours had always been a home that had a few extra kids hanging around, but living so close to school meant that there was almost always at least one friend over, as my brother’s friends and my friends would use our little two bedroom bungalow as a landing pad between school ending and extracurricular activities starting. We lived in a very small town, with a good amount of our 5000 person population living outside of town, or “out in the country”, and the country kids used our house as an after-school program of sorts.

Since our house was also in the middle of town, it was a meeting place for our friends when we were hooking up to go out. This started in high school, when we were heading to dances and football games, and continued well into our thirties, when we would dump our kids with the grandparents and hit the local bars, which were all within walking distance.

My parents liked that all of our friends felt comfortable at our house. Not in the “We’re cool parents, let me buy you beer” kind of way, but in the “Of course you can stay for dinner” kind of way. My dad cooked for an army every night anyway, so it worked out fine.

My parents didn’t love having people over all the time, though. My dad used to tell my best friend, “Don’t call us, we’ll call you.” “But you never call!”, she would whine, as he smiled and nodded. He’d come home from work, and if anyone was sitting in his leather recliner, he’d give them a look that sent them flying out of that chair like someone tried to stick a thumb up their ass. Despite their eating all our food and sitting in Dad’s chair, my parents enjoyed having our friends around and would do almost anything for them, resulting in some of my friends liking my parents more than they ever like me.

Once, a friend stopped by after a group of us had already left for a party, and since she had no car, my mom gave her a ride. To a party. A party with booze. “Holy shit, Amy! Drop your beer! I think your mom’s here.” Lucky for 16-year-old me, my mom was pretty naive, and didn’t notice she had dropped a high school girl off at a kegger.

In the past few years I have friends who have shared some pretty heavy personal stuff with me, and then, as an aside, mentioned that they told my mother the same thing a year earlier. Her gentle understanding, paired with my dad’s sense of fun, made our home a welcoming and comfortable space.

We only had one bathroom in our cute little house, which could only be accessed by going through either my bedroom or my parent’s bedroom. This made new guests somewhat uncomfortable, but to the regulars, it was no big deal. Some of them would even pop in and say hi to my parents as they lay in bed watching TV at night. “Oh, hey Mike. Hi, Susan. Whatcha watching? Meerkat Manor? That’s cool. Well, see ya later!” And be on their way to the bathroom.

My brother’s bedroom was in the basement, and could only be accessed through the cellar door or through my bedroom. As you can imagine, we were an open door kind of family, since you could hardly get anywhere in the house without going through someone’s bedroom.

Our house had a screened front porch that was home to two rocking chairs, and window frames that were as deep as benches. My friends and I spent countless hours rocking in those chairs in my early high school years, waving to and visiting with neighbors walking by, and talking tons of shit about whoever was pissing us off at the time. We wasted quite a few hours talking about boys, too. Who we liked, who liked us, and what kind of garbage we were willing to put up with to have an older boyfriend with wheels. (Hint: SO much garbage.)

Later, when we were all home from college on breaks, my friends and I would still be rocking on that porch, the window seats covered with cute 19-year-old bottoms and cups filled with secretly spiked drinks. Our conversations were much the same, but with the air of women who were more worldly from a year of dorm living. We still put up with all kinds of shit from the boys (men?) in our lives, but it wasn’t because they could drive. It was because we couldn’t resist the way they wore their baseball caps pulled low, and how they called us by the same generic term of endearment. “What’s up, beautiful?”

It still works today, as shown by the Ryan Gosling “Hey, girl” meme.

I loved that 100 year old house. I loved the farmhouse sink in the kitchen, I loved the patio in the back that was the home to many late night heart-to-hearts, and I loved the Craftsman style molding throughout the 952 square feet of quaintness. I miss the house that shouldn’t have been able to entertain more than eight people comfortably, but defied the laws of physics and held more than that on a regular basis. I’m not surprised that the couple who bought it from my mom purchased it furnished. A friend’s four-year-old son once declared, after being enamored by my father’s model cars and construction-site-themed fish tank, “I want to buy this house, and everything in it.” Well, Miles, someone actually did that. Pretty awesome, huh?

I know I’m not the only one who misses that house. So many friends and family members could tell a story about things that have happened inside those walls, or on that lawn, or (shudder) in that hot tub, and I imagine someday I’ll write about some of them here. For now I’ll smile at the memory of our tiny blue house and spending time in it with the people I love.

5 thoughts on “The Little Blue House”