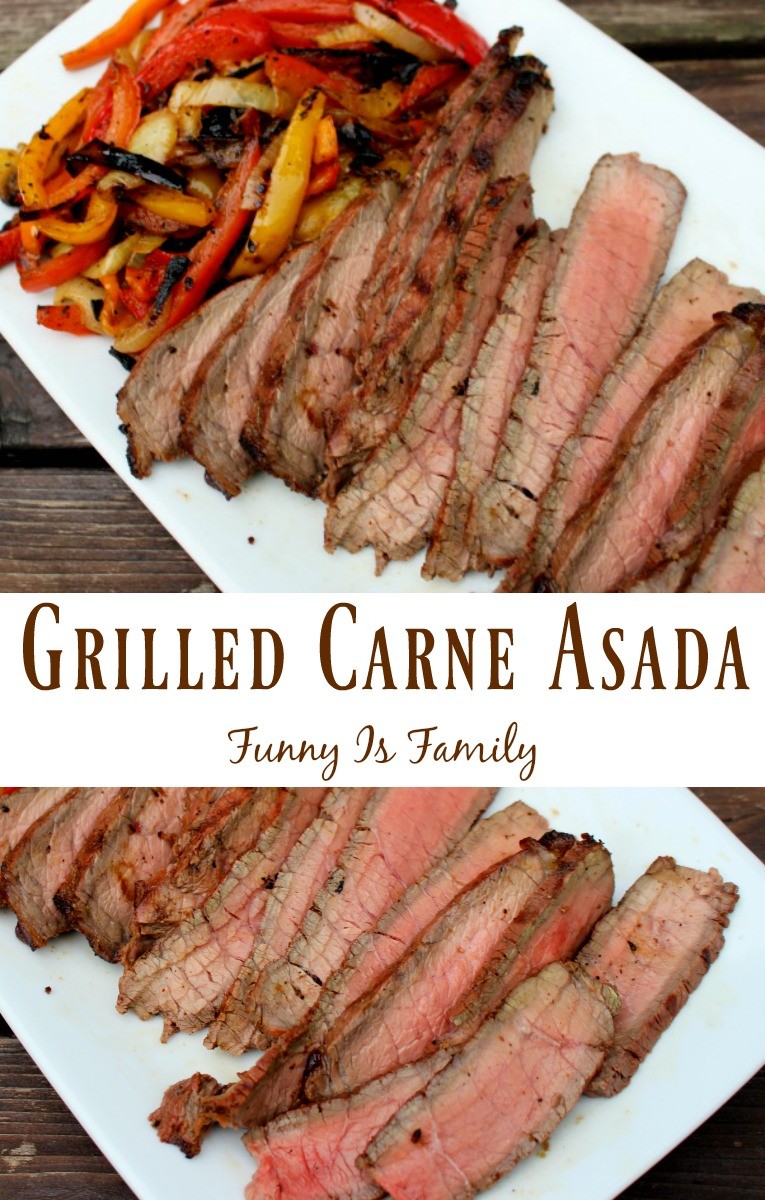 I know you guys think my family only eats food from the Crock Pot, and you are mostly right, but we eat a few other things, too. For example, my husband is crazy about sandwiches, my kids sustain themselves on a variety of crackers and granola bars, and I enjoy peanut butter on a spoon. We call those “peanut butter lollipops” up in here.

I do slow cook about twice a week, but when my husband isn’t working late to cure cancer or eradicate tuberculosis (these are guesses, as all I know about what he does for work is that it’s “science-y”), he likes to show off his culinary skills.

In the past, my husband has worked in restaurants. In college it was the local burger joint, famous for greasy deliciousness that has graduates dreaming about for years after leaving town, and for one summer before grad school, it was in the kitchen of a restaurant chain as famous for its beer as its unique historical buildings and great bar food. The fact that he didn’t steal one recipe from either of these establishments is one of the greatest sorrows of my life.

In warmer weather, my husband always cooks on his grill or his Traeger smoker, and since today was a balmy 40 degrees and there was no snow covering his outside cooking implements, we were confused and thought it was July. He whipped up his incredible Grilled Carne Asada, a recipe so good it deserves to be served to company.

This was a problem. Inviting people over would mean I needed to fold the four loads of laundry piled on the couch, and also that I would need to put on a bra. Instead, I am sharing the recipe with you, my closest friends in my computer. 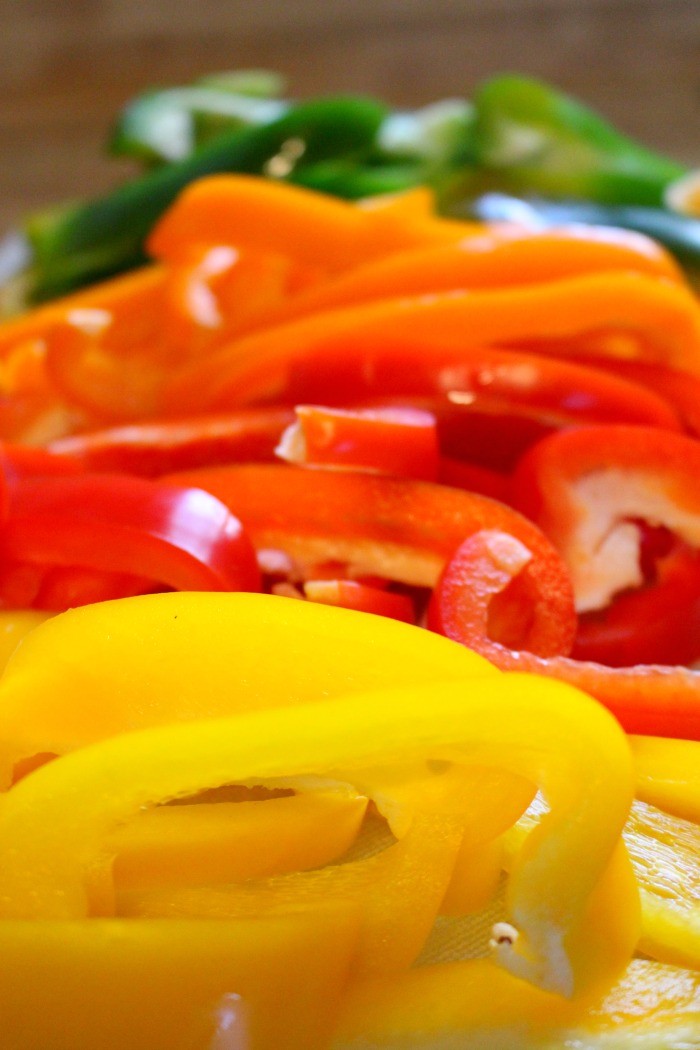 This Grilled Carne Asada is made with the most delicious marinade. It’s flavorful, yet it doesn’t overpower the meat or vegetables, and its complexity is perfect. We usually wrap our carne asada in a tortilla, but it can be great served with rice, too. And while the meat is the star of the show, I’m also in love with the grilled veggies. Here they are, cooking up nicely in the grill basket. 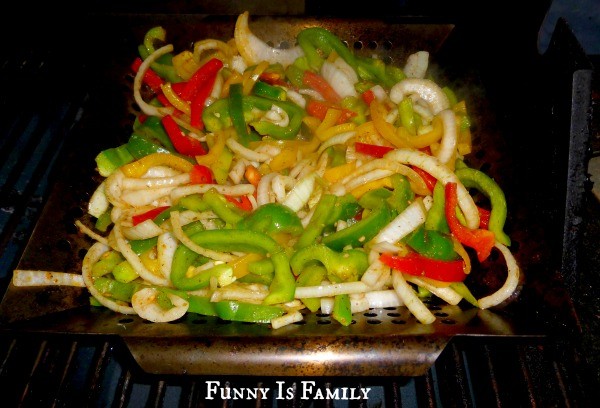 The fact that my husband has agreed to let me publish this recipe is really a big deal, as my man is mysterious, and he doesn’t like to share recipes. We are a good balance, I guess, since I tell everyone everything. My husband would never in a million years share the things I share with y’all. He has a sense of boundaries and decorum that I clearly do not. It’s no wonder people like him better than me.

Anyway, he has reluctantly agreed to share his recipe with you, and I’m hitting publish as soon as this is typed, so he doesn’t have time to change his mind. 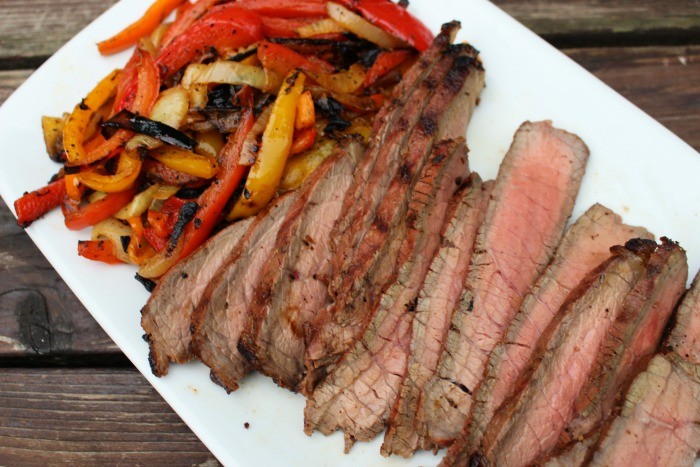 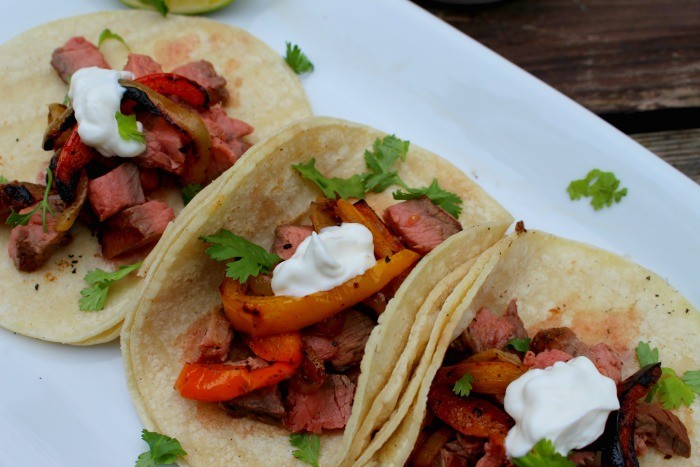 My current favorite way to eat this Grilled Carne Asada is in a corn tortilla with plenty of cilantro. We garnish with guacamole, sour cream, a squirt of lime, and salsa, too! 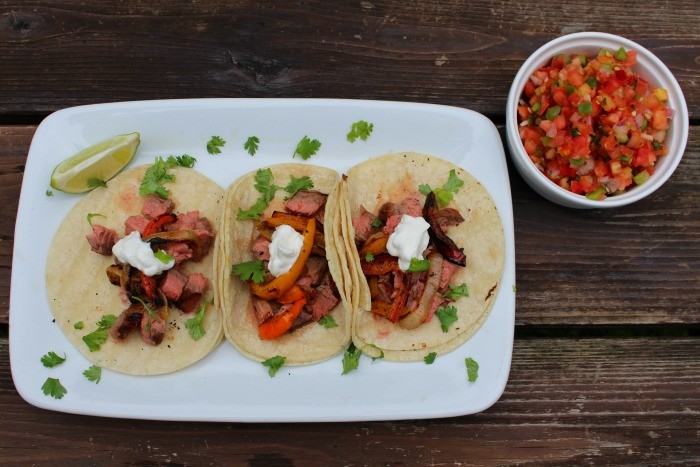