Before last week, I was feeling good about my family’s fire safety preparedness. Every year, both in preschool and elementary school, firefighters have come to my kids’ schools and discussed fire safety. They know 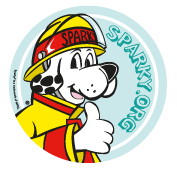 “Stop, drop and roll,” we have an escape plan, they know to call 911, and we have an emergency meeting place.

My confidence in my children’s ability to act appropriately if they ever encountered a fire came crashing down when my four-year-old daughter told us proudly that if she saw a fire, she’d “just put it out with some water.” After she singlehandedly extinguished the blaze, she’d then tell a grown-up.

I was shocked, and while I hoped her bravado would go up in flames the second she smelled smoke, I couldn’t take that chance. Honestly, before her declaration, my biggest concerns were that the kids may have trouble unlocking my phone to call 911, or that they might be trapped upstairs in their bedrooms if the house caught on fire. I was not at all concerned that my preschooler would be trying to fight fires on her own.

It was clear we needed to revisit the basics. We have a friend who is a firefighter, so I considered dropping my girl and her six-year-old brother off at his house, that is, until I was introduced to these fire safety music videos from FEMA and NFPA. Instead of shipping off my kids to learn fire safety, we jammed to some sweet tunes, and learned a valuable lesson at the same time.

It’s such a great idea, to put the lessons of fire safety to music! We watched both of these videos, and the kids asked for an encore.

This one, called Little Rosalie, is best for grades pre-k to first grade.

And What’s That Sound? is a jam for second and third graders.

My kids bobbed their heads to both, and while I love the Frozen soundtrack that they’ve been singing for a month, having my children humming these fire safety songs is a nice change of pace, and could have a hand in helping keep them safe.

Check out Sparky’s Schoolhouse for fun activities, more videos, and lesson plans for teachers and homeschoolers. The tagline is “Where Fire Safety Connects with Learning,” and this website really is a great resource. Sparky and the gang have two new fans in my kids, and I’m hopeful my girl’s plan of fighting fires is put on hold until she’s old enough to enter the academy. 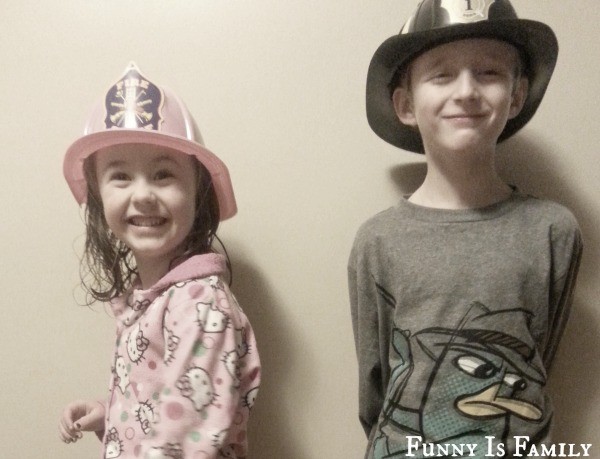 This post was sponsored by WeAreTeachers, the National Fire Protection Association, and the Federal Emergency Management Agency, but the opinions are my own.