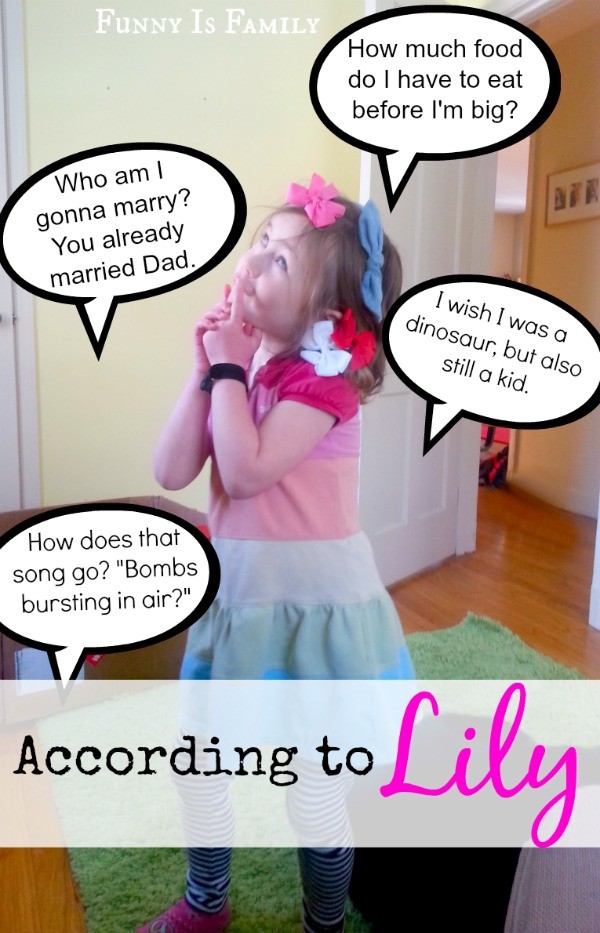 Last week I had my four-year-old’s preschool conference, and it went well. Pretty much Lily is her teacher’s absolute favorite, and she’s the cutest girl to ever hop like a bunny through the halls of the school, with the title of cutest boy being given to her brother two years earlier. Also, my girl is a talker.

So maybe her teacher didn’t exactly say any of those things, but that’s what I heard. If I think she’s the most adorable, chattiest girl, I assume her teacher does, too. That’s just basic logic, right there.

As far as the talking thing? This is no surprise to me. Lily talks in her sleep, she talks when others are talking, she talks through movies, and she talks while she’s on the toilet.

During the conference, her teacher used words like “enthusiastic” and “a strong communicator,” but just like I read through the lines when she more or less told me Lily was the greatest girl to ever live, I knew what she was saying here. Yap, yap, yap. My daughter talks all the live long day, and while this is a wonderful skill to master, her rampant yammering can be disruptive, and won’t fly in the big, bad world of kindergarten.

Here are a few of our most recent conversations.

ON THE TOPIC OF DAD’S JOB

Lily: Since Dad’s a scientist, that means he does experience.

Me: You mean experiments?

Lily: Yeah, experiments. I can do one experiment. It’s called “Get an Owl Wet Super Fast.”

Lily: Uh, huh. You take a box, you put some water in it, and put your stuffed owl in the water. It gets wet really fast. Then you take it out. That’s my experience.

ON HER FAVORITE SONG

Lily: I love this song. Who is the boy singing this song? Is he sad? He sounds sad.

Lily: I like the way he sounds. I think I’ll marry him.

Lily: What? I need to marry someone. I like his voice. I’ll marry him.

Me: You don’t even know him. Besides, he’s too old.

Lily: (Long sigh) Well, who am I going to marry then? I can’t marry Dad. You already did.

Next song comes on.

Lily: Oooh, this is my jam! I think I’ll marry the boy that sings this song. I wonder what his name is? I wonder if he’s already married? Maybe we should just see what he looks like first. Do you think I should marry him, Mom?

Allow me to introduce my future son-in-law. Or one of them.

9 thoughts on “According to Lily”