Since moving to Connecticut five years ago, I’ve gotten used to some things. Liquor stores being called “package stores”, less small talk among strangers, better pizza, and worse Mexican food are a few East vs.West coast differences. Folks drive faster here, merge better than back home, and are much more liberal with their car horns.

There is a common practice here that will never feel right to me. Shopping carts, or carriages as they are called in the Northeast, are frequently left in the middle of parking lots. Like all the damn time. Just yesterday, I saw a woman put her groceries in her car, leave her cart right next to her vehicle, get in and drive away. The cart return was immediately across from her car. It literally could not have been any closer to her parking spot.

Honestly, who thinks that’s okay? This lady did, because she saw me staring, saw me start laughing, and was not at all bothered by someone witnessing her laziness. And listen, I’m lazy. I’m not bagging on lazy, but my brand of lazy doesn’t impact anyone besides my husband and children. Because that’s what family is for…disappointing the ones you love. My lazy isn’t damaging vehicles or wasting parking spots, it’s just leaving laundry in the washing machine too long and scraping together questionable dinner menus.

Last week, I drove into a parking lot that looked like a scene from The Walking Dead. No dead bodies, just abandoned shopping carts all over. 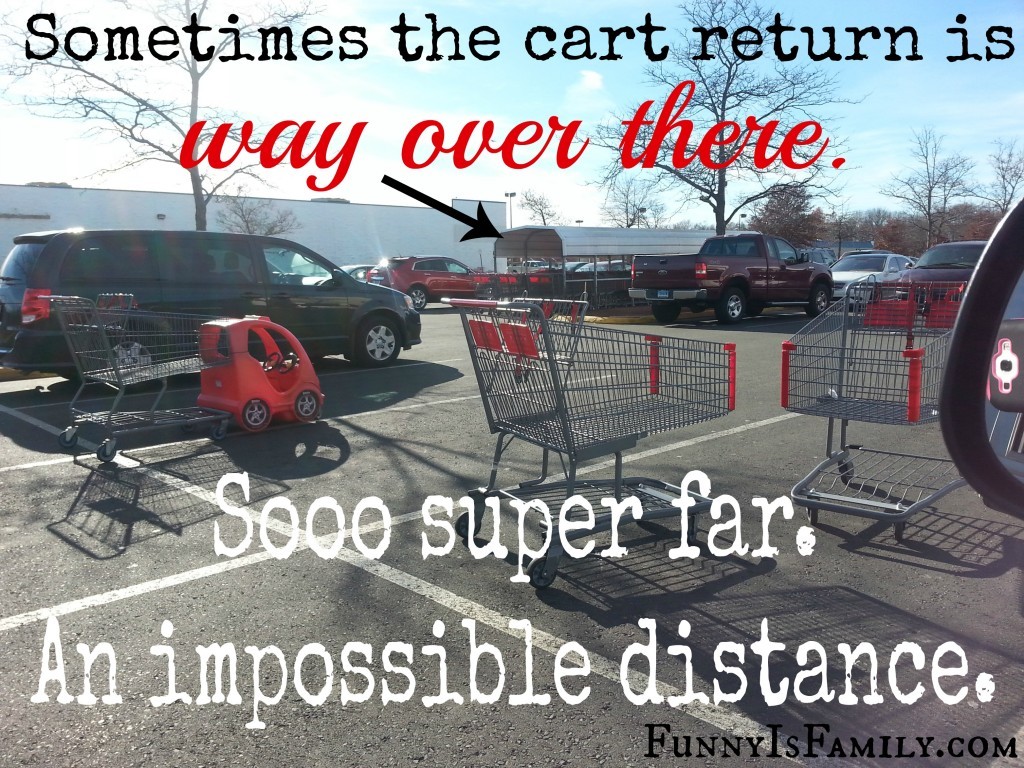 But Amy, you may say, that’s only three carts. True. Here’s a picture from the other side of my car. 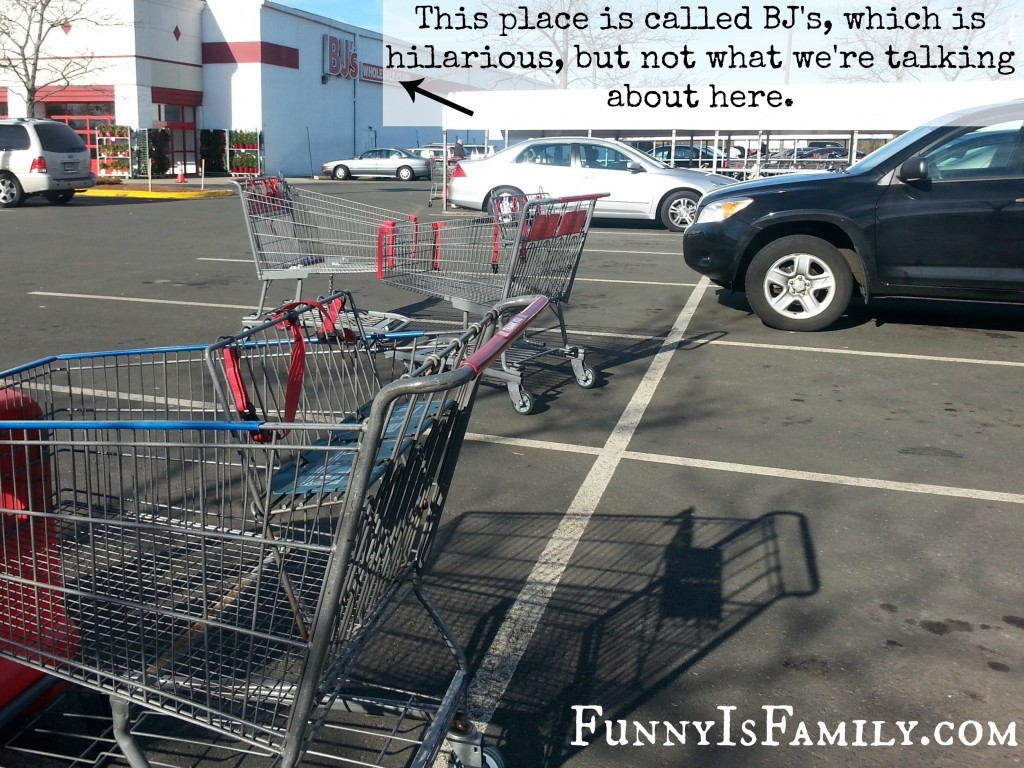 See?! Three more! That’s six empty, abandoned shopping carts in a span of eleven parking spaces. It’s madness. Since this is the season of giving, I’d love it if all the non-cart returners would give me the gift of a break, and shuffle their cart on over to the cart corral. Where it belongs.

Now, I don’t want to make assumptions, but I have to guess the folks who aren’t returning carts are the same ones who are moseying in the middle of the parking lot, blocking traffic, moving at the speed of a toddler looking for rocks. Once, I saw two able-bodied women walking so slowly across the parking lot crosswalk, they were passed by a guy on crutches. If they wouldn’t have been laughing and talking, I would have thought they were zombies, they were moving so slowly and without purpose. I am happy to wait for pedestrians to cross, but would love it if they would take it out of neutral when they are blocking traffic.

Tell me, am I being unreasonable? In the back half of my thirties am I becoming intolerant of normal societal behaviors? Is this really a regional issue or am I remembering my Pacific Northwest days with the filter of nostalgia? Or am I only mad because someone mistook my ride for a cart return few weeks ago? 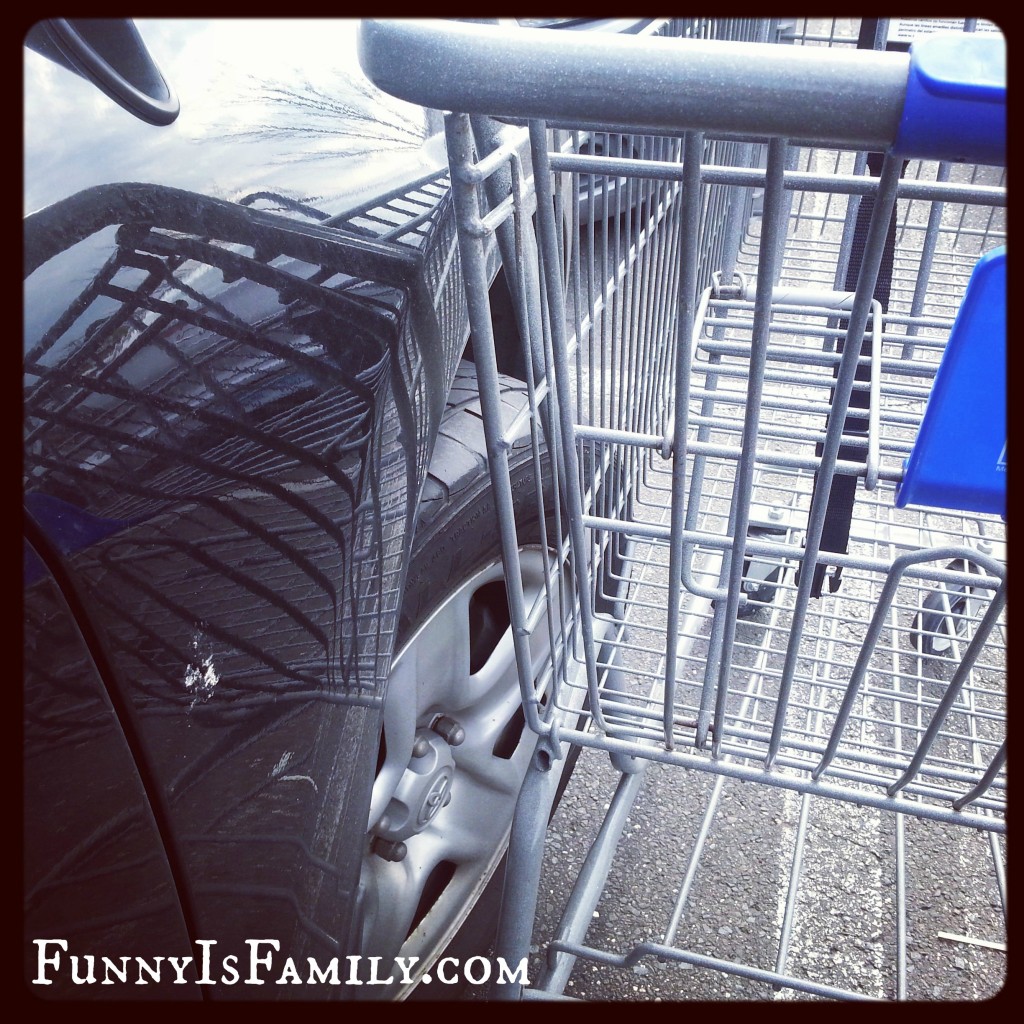 37 thoughts on “Am I getting old and cranky, or does this piss you off, too?”