I come from a large family. My grandparents were not only very much in love, they were good Catholics, which everyone knows is a recipe for a bunch of kids. In this case, they produced nine children who went on to have children of their own. We grandkids are now breeding, and our family just keeps growing.

As a child, I didn’t realize that not everyone had 24 first cousins on one side, or that in some families there was enough seating for even the kids to have a spot on the couch. I must enjoy this kind of madness, because I found myself a husband with a grip of siblings, and his family is growing exponentially before our eyes.

Is your family large? Are you a member of a growing empire? Here are some ways to tell. 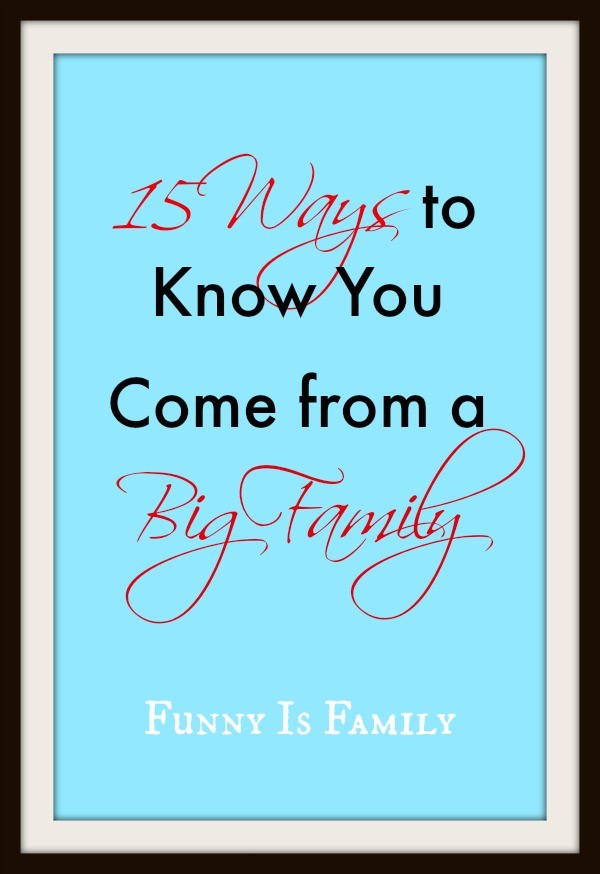 1. The oldest sibling can be mistaken for the youngest sibling’s parent, and if you do the math, it’s not that ridiculous.

2. There is no such thing as a small wedding. Even when the bride and groom go three states away to get hitched, there are 200 guests.

3. Everyone remembers “that coat.” You know, the one that was worn for 7 years, by at least 4 children.

5. Sometimes people have to eat in shifts.

6. It is possible to be the same age as your aunts and uncles, and to have nieces and nephews older than you.

7. There is a shower schedule, and hair and makeup are done in the dining room.

8. For a few years, there is a potluck of babies. Everyone brings one, and they get passed around and shared with the group. No baby eating, though. Just nibbling on a few toes.

9. When those babies grow up, and are old enough to join the big kids in the basement or outside, a new crop of babies appears.

10. Some family members move away and aren’t seen as frequently, but when everyone comes together, it’s like no time has passed, and the teasing picks up right where it left off.

12. A family member’s new boyfriend can spend 30 minutes at the table before everyone realizes he’s not related.

13. Odd traits like 6 foot tall middle schoolers or freaky monkey toes are normalized because a bunch of family members can also hold a pencil with their feet or touch the ceiling with their head.

14. When leaving, there is absolutely no way to keep track of the number of goodbyes, resulting in some people getting double hugs and others getting zero hugs.

15. You are rarely called your actual name on the first try; rather, a string of siblings or cousins names come first. The angrier the mother or grandmother, the more names that precede the correct one.

[Tweet “The oldest sibling is mistaken for the youngest sibling’s parent, & other traits of big families.”]

If you liked this post, maybe these will entertain you, too! 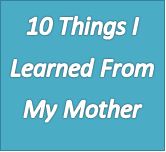 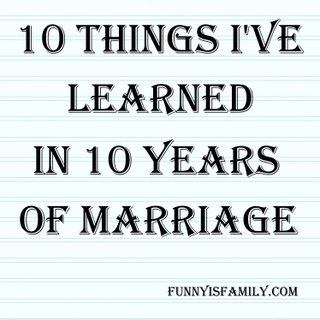