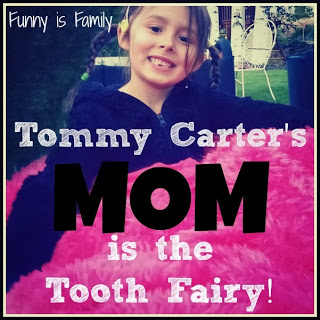 I grew up in the smallest of small towns. We didn’t have a grocery store, but our small restaurant sold milk, bread, and canned goods. It also sold candy, beer, and worms, as many of the customers were fishermen heading down to the river to catch a few and have some brews. If you’re in the area, you can still stop in for some biscuits and gravy or a bomb ass burger.

We also had a school. It’s still there, along with the store/restaurant. Since the population of our little hamlet didn’t warrant a teacher for each grade, kindergarten was in the same room as the first graders, second and third graders learned cursive and multiplication in the one portable outside, and fourth and fifth graders acquired their knowledge in the other room inside the building.
I had nine kids in my grade, three girls and six boys, and as sixth graders, we would all be bussed into the neighboring town 27 miles away to attend middle and high school. My early elementary school days weren’t great. My classmates and I didn’t have much in common, mostly because I was the weird girl who wore a Dukes of Hazzard sweatshirt to school on the first day, while the other girls wore dresses. Because of my quirks, I didn’t feel a strong connection to them. Until that one day in first grade.
It was a regular day in Ms. Craig’s class. I was hopeful that we would have extra time for reading, because reading was, and still is the shizz, and I was thinking we had probably done enough math the previous day to not have to suffer through thatagain.
One of the kids in my class had lost a tooth, and it was pretty exciting stuff. As a first grader, I had seen my share of loose teeth, and almost all of the older kids in class had the tell-tale gap of adolescence, but rarely did anyone actually lose their tooth at school. Tooth loss happened at home, in the safety of Mom’s assurances that it wouldn’t hurt (liar) and the impatience of Dad, with his fingers itching to yank that sucker out.
We were thrilled when she came back from the bathroom with a tooth in her hand. While our teacher gave her a moistened paper towel to shove in the empty space to staunch the bleeding, the murmurs began over what the Tooth Fairy would bring her.
In our rural community, everyone got similar amounts for each tooth. Around a dollar was fairly standard, as these were reasonable times before parents and kids worked each other up in an attempt to outdo friends and neighbors, resulting in ludicrous situations where kids received ponies covered in fairy dust when teeth fell out of their faces.
“My mom’s the Tooth Fairy,” a quiet boy from the back declared in a voice louder than I had ever heard him speak.  The room froze. Everyone, my teacher included, looked at him with wide eyes. My world stopped. All this time, I had been learning in the same room as Tommy Carter*, the Tooth Fairy’s kid?!
Every child in class began firing questions at him. How did she know when a kid lost a tooth? Did she have wings like in all the pictures? Why did she look like a regular ol’ mom if she was magical? Was their house completely full of baby teeth? Was Tommy half fairy?
His answers were disappointing at best, because they were pretty much, “I don’t know.” I now have my own first grade boy, and he also has trouble recounting the important details I seek, like “Did anything funny happen at school?” And, “Who was the naughtiest kid today?” My four-year-old daughter, on the other hand, just yesterday recited what each kid near her had for lunch at preschool, item by item, and told me the entire conversation between her the three girls who wouldn’t let her play princesses with them in the sandbox.
After Tommy’s news, I couldn’t wait to get home and tell my mom. She knew his mom, and maybe she could get me the details I craved. Did she know we were acquainted with someone famous? Could Tommy or my mom put in a good word for me? Sometimes Mrs. Carter (or should I now call her Mrs. Tooth Fairy?) forgot to bring my money and take my tooth. I would have to tell my mom, who would call the Tooth Fairy, and she would sneak it right over, while I was eating my Raisin Bran before school. Maybe if she knew I was friends with her kid (like practically best friends, almost, kind of, I mean, maybe someday we would be) she would give me more money, or at least pay up at night like she was supposed to.
I could barely contain myself on the long five minute bus ride. When I got home, I ran in the door, threw down my backpack, and breathlessly shared the excitement with my mom while she wiped down the kitchen counter. Good luck getting away with letting your six-year-old get off the bus while you putter around the kitchen these days.

Mom just laughed, and then pulled herself together to listen to me recount my day. It took me quite a few years to understand what exactly was so funny, and also why Tommy’s mom never did get herself together and consistently get me my cash on time. Hopefully she’ll be more responsible when my kids start losing their teeth. Somehow, I doubt it.

*Tommy Carter is not his real name. You think I’m going to be the one to out the Tooth Fairy and her kid? Think again.