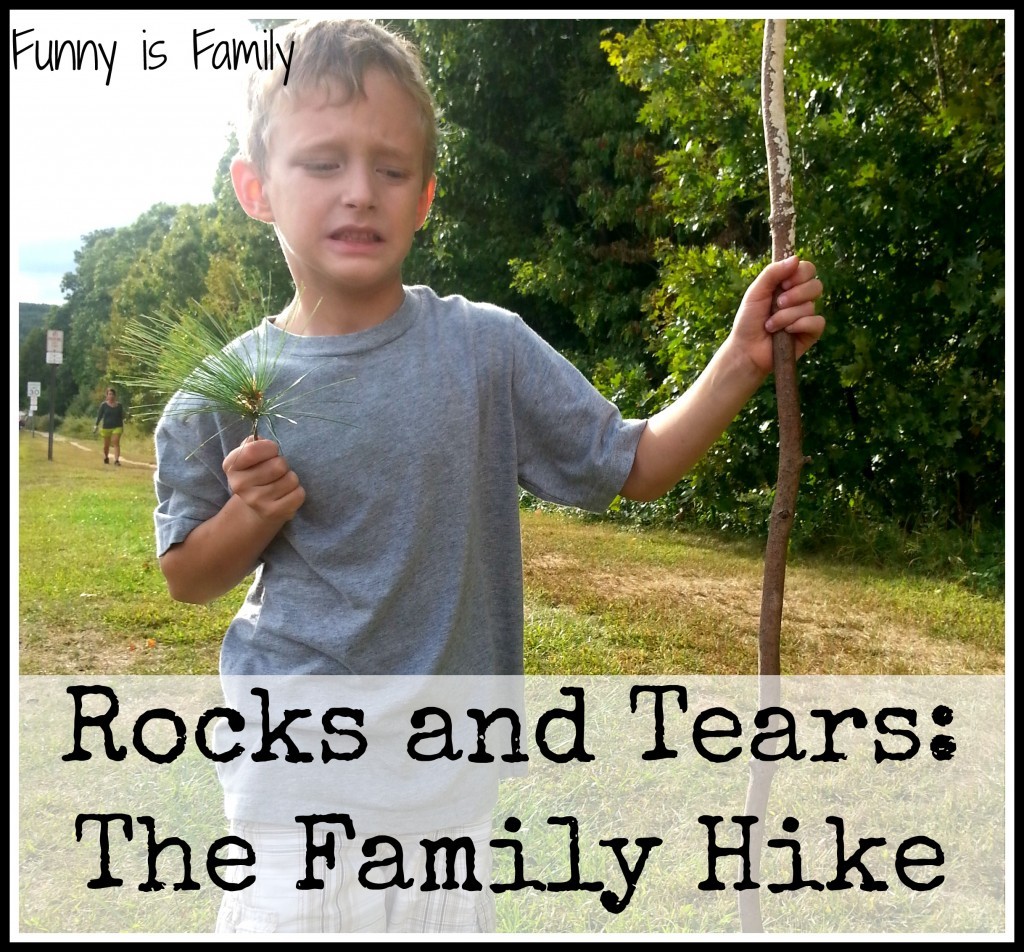 A few weeks ago, I took a walk with a friend. Our kids were in school, and the only stopping we had to do on our two hour round trip hike was to allow my dog to sniff around. The hour up went quickly, with the easy conversation of adults without children, and no one to interrupt our in-depth discussion of the merits of Brandon versus Dylan, and which New Kid was our favorite – Donnie for me and Jordan for Jenn, although her true affection was saved for Marky Mark, who wasn’t a New Kid at all.

At the top of the park, there is a stone tower that awards a panoramic view, and we quietly and calmly took in the breathtaking sight before heading back down.

Today, I made the same hike with my family and another family with kids around my kids’ ages. This climb was vastly different. I still had a girlfriend to chat with, but our conversation was distracted, as we were busy reminding our kids to try not to die. Slippery rocks, steep drop-offs, and walking sticks that doubled as swords took priority over possible discussions over boy band members we would hypothetically bang.

Not a quarter mile in, and I was begging my husband to carry our four-year-old so my ears would stop bleeding from her screeching whines that she was too tired to walk. He refused, wanting her to show a little grit, and she cry-walked the next quarter mile up, stopping abruptly every few feet to pick up an interesting rock. 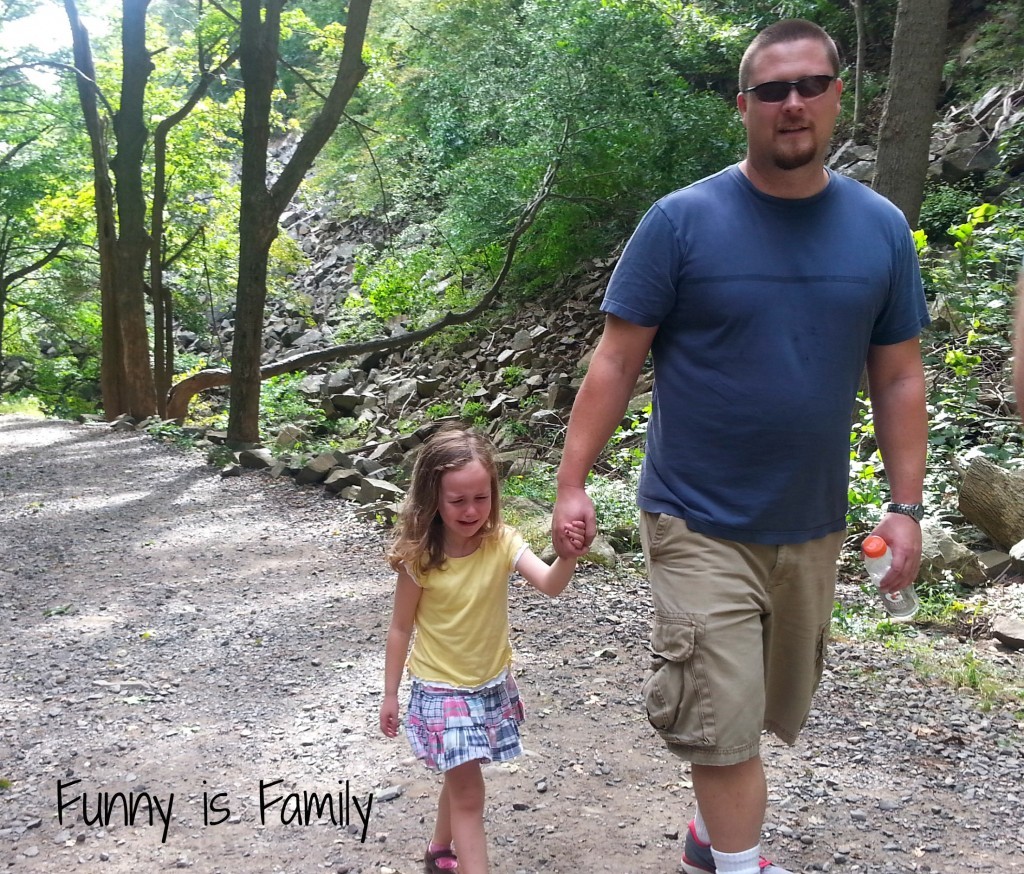 My friend Erin was also stopping every few feet to inquire, “Are you okay?” to her five-year-old daughter, who falls even more than I do. The answer was always yes, and she would smile, wipe the pebbles out of her palms, and race to catch up with her twin brother and my six-year-old son.

Eventually we got to the tower, or castle as it is commonly called, and the kids raced to the top. After a few minutes of hollering down to me, where I was waiting with the dog, our gaggle of kids descended, picked up their walking sticks, and resumed their attempts at impaling themselves. 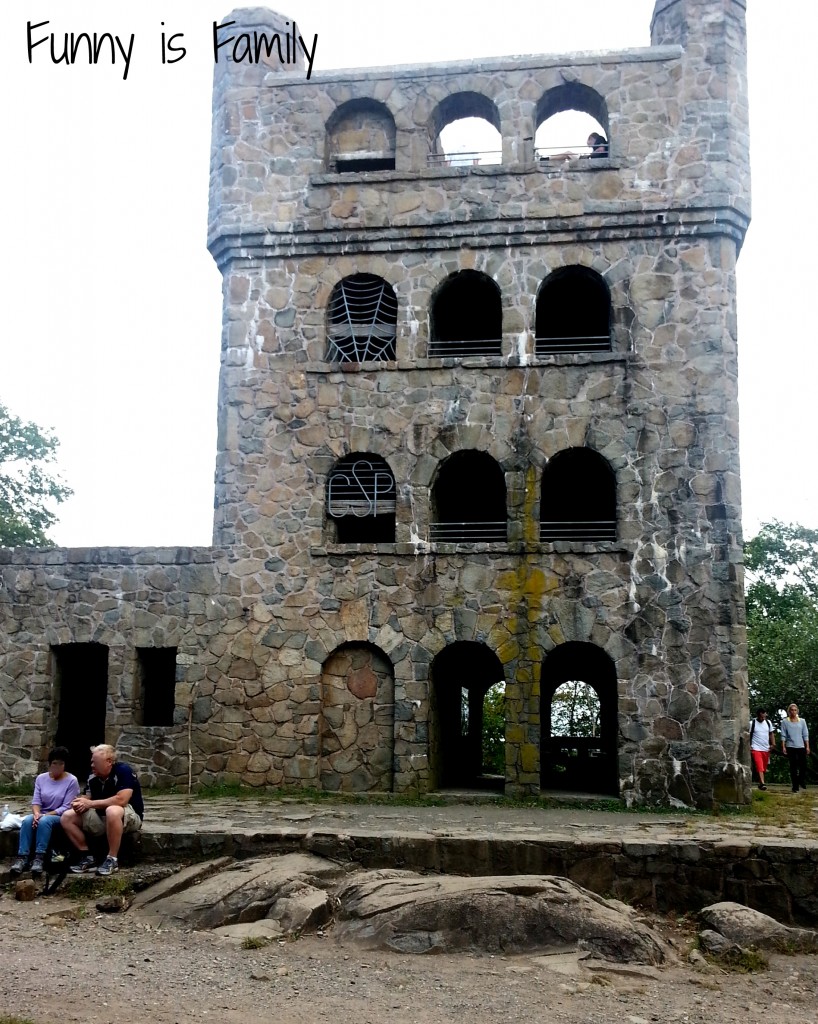 The trip down the hill was better. My girl doesn’t like walking up a hill, but she adores climbing rocks, and also seems to love running down a hill. She needed a snack, which Erin cheerfully provided, and she needed to pick up 731 more rocks, which she put in my bulging pocket. 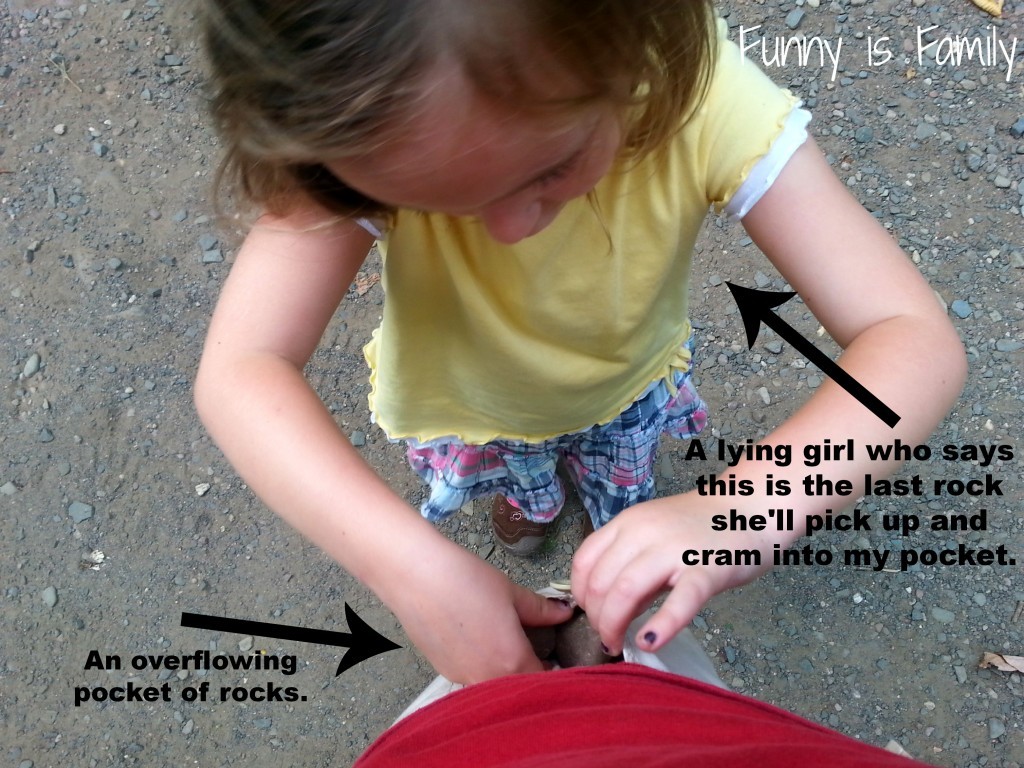 The kids ran ahead with the dads for a bit, and my friend and I had some quiet time to walk and talk. We finished our walk with an average 36 minute mile, only a few more tears from 75% of the kids, and as of yet, no signs of poison ivy. A successful family hike by anyone’s standards, and I can’t wait to do it again.

16 thoughts on “Rocks And Tears: The Family Hike”