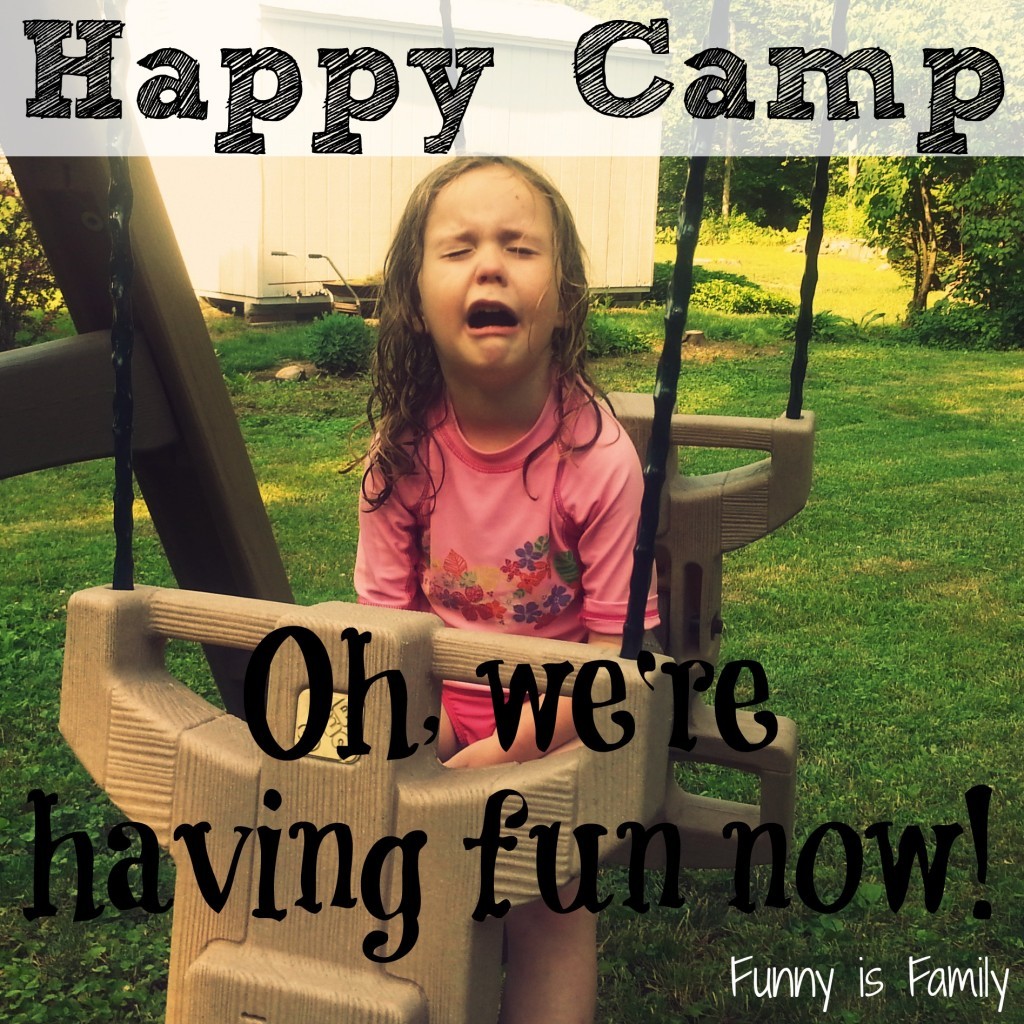 When I was a kid, we were always and forever going on adventures. We had an annual whitewater rafting trip in August, several ski weekends in the winter, and random vacations and day excursions here and there. It was not at all uncommon for my father to say on a Friday, “Pack a bag. We’re going to Seattle for the weekend.” Or, “Who wants to go to the mountain for the day?”

The “who wants to” wasn’t really a question, as of course we were all going and we were going to like it, dammit. As a small child, these adventures were always greeted with enthusiasm. Do I want to go somewhere fun? Uh, yeah I do!

If my younger brother or I showed anything less than complete joy over a trip, planned or spontaneous, my dad would dangle a carrot. “You don’t want to go to Portland? You know it has the biggest Toys R Us in the world, right?” “Really?” we would look at each other, eyes wide. “Yeah, okay. We wanna go.”

We never did see the biggest Toys R Us in the world. It took longer than I would like to admit for the two of us to realize he was feeding us an utter falsehood. At least two years of, “You guys were asleep when we passed it.” Or, “I know I said Portland had the biggest one, but they just built an even bigger one on the mountain where we’ll be camping.” Eventually it became a family joke, all of us laughing at how much stupidity my brother and I displayed.

As we got older, family trips seemed less appealing. We were teens, and our friends rated much higher than our parents. Mom and Dad were more fun than many of our friends’ parents, but they were still parents, after all.

Weekend ski trips were still cool because we often went with family friends, and our rafting trips were large affairs with lots of kids, but a day up to the mountain to hike and swim in glacially cold streams? No, thanks. I’d rather stay home watching MTV and making friendship bracelets while talking to my best friend on the phone for three hours straight.

My dad would laugh when I attempted to pass on quality family time, and he’d tell me to get my shoes on. I would pitch a fit and cry that he was ruining my life and it wasn’t fair and I didn’t want to go on a stupid adventure.

We called this display “Happy Camp.” Happy Camp was any childish whining, pouting, or complaining over a seemingly fun event. Going to the movies but only getting popcorn and not candy? Happy Camp. Schlepping all of our ski gear up to the mountain, securing expensive lift tickets, and wanting to call it a day after two runs because it’s too cold? Happy Camp.

Once, we were in Seattle for the weekend, and on Saturday morning, my brother and I were in particularly surly moods. We slouched in the backseat of the car, carrying on like we were four and six, not fourteen and sixteen, while my mother sat quietly in the passenger seat. Finally, my dad swung his head around and in an unusual display of anger, yelled, “You two better knock that shit off and be quiet. We’re having a fun weekend, and you’re ruining your mom’s birthday!” Oh, no. Oh, yes. We had forgotten it was Mom’s birthday. That was the day Happy Camp turned into The Kids Are Assholes Camp.

We sheepishly apologized, and attempted, fairly successfully, to keep our asshole ways in check the rest of the day. Mostly my asshole ways. My brother was a much sweeter kid than I, which is why everyone understandably likes him better. After that day, Happy Camp wasn’t around as much. I realized it was more fun to participate in the adventure than to drag my heels and glower. I’m cuter when I smile, anyway.

I don’t have to tell you that I’m glad my parents forced me away from the telephone and the TV to have fun. I look back on those trips, whether to Disneyland or to fly kites just 30 minutes from home, with fondness. I would say I’m dreading the day my own kids bring Happy Camp into our fun, but really, it’s already happening. Just yesterday I heard from my four-year-old, “You used to be the best mom. Then you said, ‘No ice cream.'”

I am my father’s daughter, so I’ll be prepared for older Happy Campers. I’ll laugh, and tell them to put their shoes on, with the reminder, “We’re making memories and having fun, dammit. Besides, don’t you want to see the biggest Toys R Us in the world?”

Do you have Happy Camp at your house? What do your kids complain about?