This week’s Crock Pot Thursday recipe is an adaption from Cookin with Super Pickle, and it’s a great summer roast. We served our sliced the first night, and shredded in tacos the next. Both were well received. You’ll need to be a planner for this one, as it has an overnight marinating step! 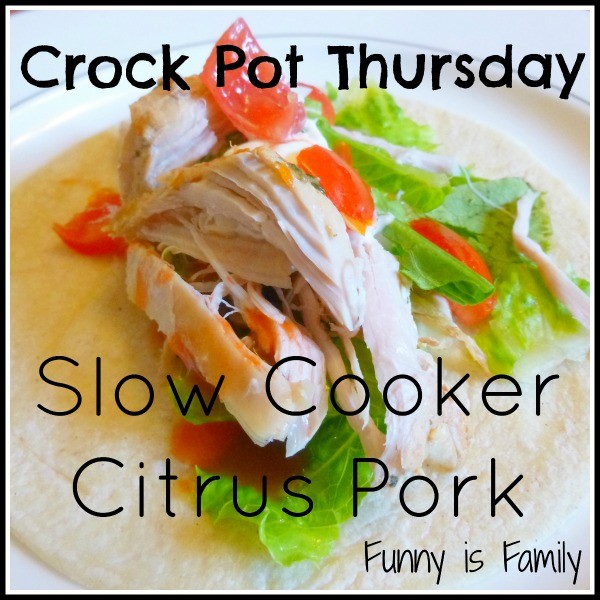 FEEDBACK
Linda
This was a great summer recipe. It had a very refreshing citrus flavor, and was so moist, it did not need gravy or sauce. I used cilantro and lime juice, instead of parsley and lemon. Yummy!
(Linda marinated her roast inside her Crock Pot liner. Because she’s a smart one, that’s why.)

Sarah
This was very moist and it had lots of yummy flavor. I thought the grapefruit flavor was a little overpowering, this might be because I don’t like grapefruit. Next time I would use a small grapefruit… I served with green beans and mashed potatoes.

Me
My husband loved this roast. He thought it was one of the most tender and moist slow cooked roasts he’s had. I didn’t care for the peels being cooked with the meat, as it lent a slightly bitter taste in some of the bites. Next time, I’ll zest the lemon or lime and the orange to add that citrus flavor without the overpowering bites. I’ll use the grapefruit juice, but not the rind.