My brother-in-law, Matthew, is many things. A newspaper reporter, a skilled photographer, a father, a jokester. And after he shared his observations from his son’s first year, we all begged for more of his funny take on parenting. He delivered, and this romantic tale was worth the wait! Enjoy, y’all. 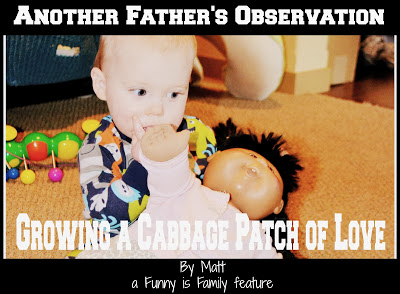 A lil’ bit of history

Another member of the family

One thought on “Another Father’s Observation: Growing a cabbage patch of love”