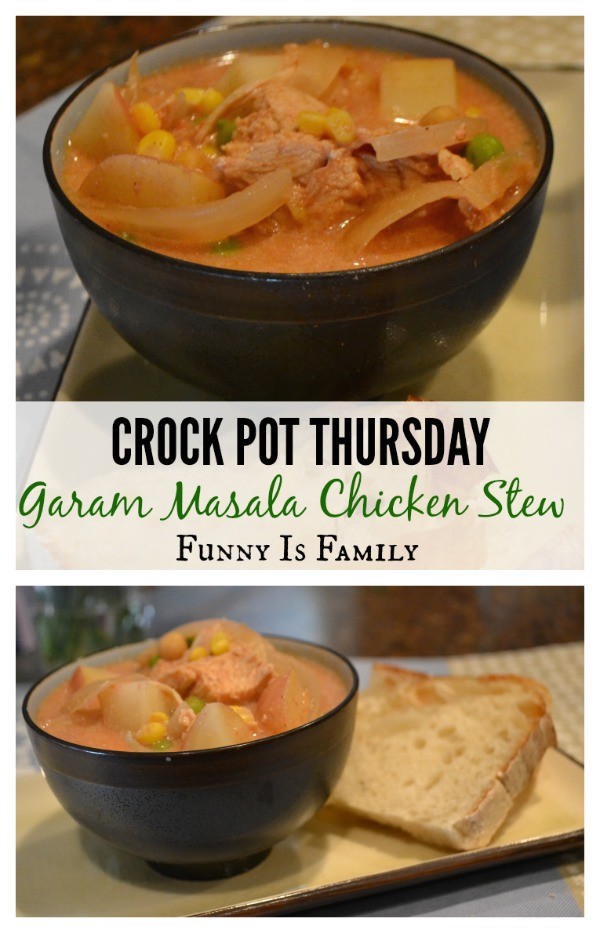 I was so excited when my mother-in-law chose this Better Homes and Gardens Garam Masala Chicken Stew for Crock Pot Thursday. I knew I would love it, and while I was afraid the kids might not like it, I was looking out for number one, and figured I could throw some Cheerios at them for one night.

Then, the weather changed. It got hot, and I was no longer super stoked for stew. I planned on making it so I could review it, and then freezing most it to be eaten when the weather wasn’t as hot as the sun. I made it, but then I loved it so much, I didn’t freeze it. I just kept eating and eating and eating.

My four-year-old daughter choked down five bites, all the while asking me to dig out the potatoes and rinse them off, so she could “eat the good part but not with the yucky stuff on it.” I declined, since her brother was polishing off his entire bowl, so I knew it wasn’t too spicy for her. He really liked it, even though he said it looked like pig slop. Which it totally did not, by the way.

*I found garam masala at Target, but it’s also available at our local grocery stores. Two of my sisters-in-law live in small, remote towns and were unable to secure garam masala. Here’s what they used: 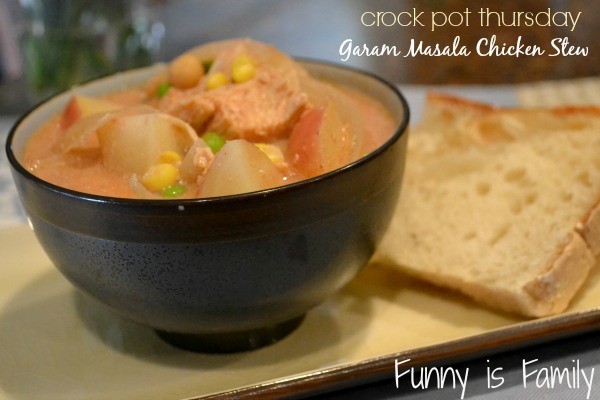 Sarah
I have been dreading this recipe all week since it has been so hot here! I almost talked myself out of making it today but I’m sure glad that I didn’t. This was very very good. If it wasn’t 100* out my family would have no problem eating this multiple nights in a row. I did make some small modifications. I doubled the potatoes, added a cup of corn, used sour cream (1/2 cup) instead of yogurt, and I omitted the salt and used regular tomato sauce. (Author’s note: The doubled potatoes and corn are written into our version of the recipe.) Since, I live in such a small town I wasn’t able to find garam masala I found an easy recipe online and made it myself. I can’t wait to make this again in the fall!

Linda
We all liked this stew–of course it was a cold, rainy day, and 2 of us had colds here in the Northwest. I thought it would be even better with more vegetables like carrots and beans, and maybe some red pepper flakes. I thought this was a nice alternative to the usual beef stew.

Stephanie
This soup was liked by all. I doubled the potatoes and added corn and garbanzo beans. (Author’s note: I wrote this addition into the recipe.) I also used Sarah’s recipe to make the garam masala. I cooked it on low for 6 hours and my potatoes were still a little hard. I am excited to eat this as leftovers–with softer potatoes.

Amy
I would have liked this just a touch spicier, but the heat was great for kids. I also used sour cream instead of yogurt, and I used half regular potatoes and half sweet potatoes. Writing this post is making me hungry, and I have a little bit leftover, so I’m going to go eat it now.