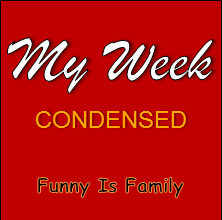 Last week, my oldest child turned 6. I’m pretty proud of the cake I made him, even though he told me it wasn’t awesome. “It’s cool. It’s not awesome,” he said. I didn’t even care, because I had so much fun making and decorating it. Which makes me wonder, what is happening to me?! I’m getting all crafty and shit.

In other crafty news, on Graham’s birthday, I read Rhyming Dust Bunnies to his class, and we did a Rhyming Dust Bunny craft. Shout out to my sister-in-law, Stephanie who is a kindergarten teacher and knows what five and six year olds are going to go crazy over, for directing me to a kick-ass craft and super cute and funny book. Here are a few shots of our dust bunnies, which were quick and easy to make. 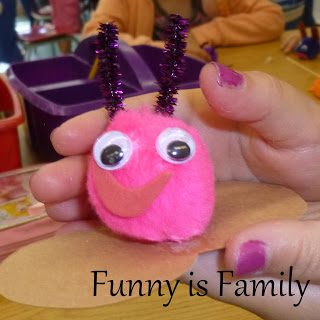 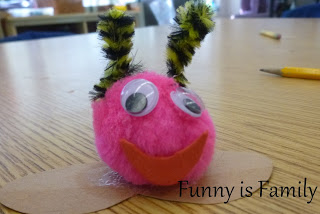 The boy had his first t-ball clinic and game of the season, and I was frustrated with the way he focused more on playing in the dirt than listening to his coaches, but I delighted in the hilarity of all of the batters running to third base instead of first base, or running into the field to get the ball they just hit. During the practice, I told Lily she could go sit on the grass behind us. When I looked for her a few minutes later, she wasn’t on the grass. I started to panic, and after about 90 frantic seconds, I found her.

Things I Wrote
I wrote a letter to my son on his sixth birthday. He loves to hear his birth story, and I hope he enjoys these letters someday, too.

We made Pineapple Chicken Curry for Crock Pot Thursday.

I was a candy striper for one day. It’s an embarrassing story that still makes my mom chuckle.

Things I Loved
My real life friend Meredith grew up just a few houses down from me. I am thankful for the Faces (FaceTime and Facebook) for allowing me to still get a daily dose of her funny. She shared some of that funny HERE on Monday, with a touching post about her sassy daughter starting kindergarten in the fall.

Sophieologie talks about strong being the new skinny. It is an amazing read for girls, young and old, and I wish every girl would read it and live it.

Ninja Mom and Peaches and Coconuts are doing a series called Gay vs Straight, and it is killing me! Seriously hilarious.

Remember when I was A Mom of the Year? This week Meredith gave the award to Calibamamom, and after reading about her Candy Saturdays and how she handled a potty training situation, I have a new girl crush.

Things I Said on Facebook
Facebook loves to hide stuff from your timeline, so here’s a few of my statuses from last week.

Did you guys know that Mother’s Day is just around the corner? Do the moms in your life a favor and skip the jewelry. She doesn’t want that. She wants you to clean her house, do her dishes, thank her for the million things she’s done for you over the years, and let her put her feet up and read a good book. I Just Want to Pee Alone makes a perfect Mother’s Day gift. It’s easy on the wallet, and it will make her laugh. WIN!