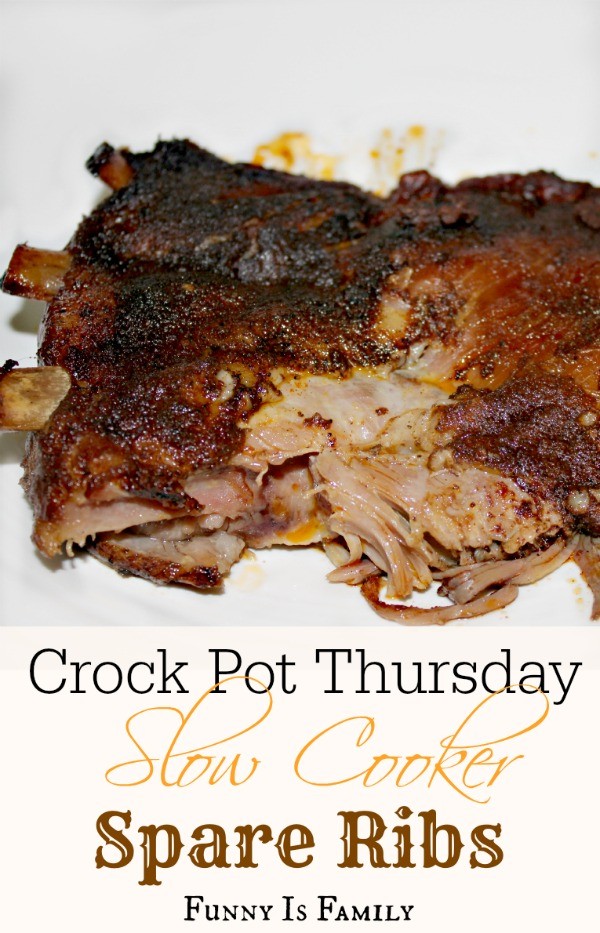 Last week it was my turn to choose our Crock Pot Thursday recipe, and my husband surprised me by requesting ribs. He loves ribs, so that part wasn’t a shock, but he has a new Traeger grill, and if ribs were going to be made, I would imagine he would want to cook them on his new favorite toy.

I enthusiastically agreed, though, for two reasons.

One, he doesn’t want me near either of his grills, so this might have been my only chance to attempt ribs.

And two, one of his sisters hates eating meat off the bone, and I knew she would give me the stink-eye from Texas when she saw the recipe, and I truly love annoying people.

But slow cooker spare ribs? I was skeptical. Until I found this recipe that I modified from Fresh Slowcooking that called for a dry rub and NO LIQUID. Boom. Easy and delicious. 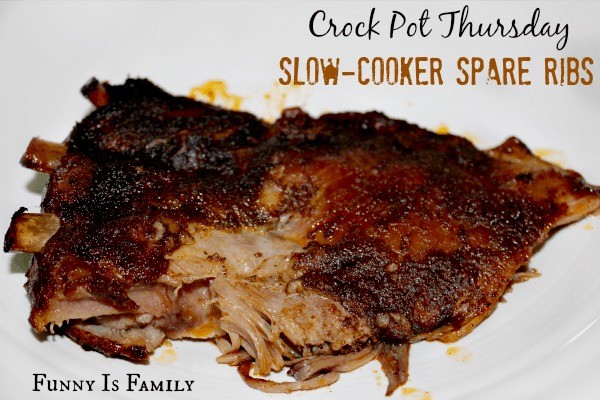 The ribs came out like a dry-rubbed rack of ribs should, and I brushed it with Sweet Baby Ray’s Barbecue Sauce, because that sauce really is the boss.

My sister-in-law who hates meat on the bone just cooked hers longer so the meat fell off of the bone. The graphic is her picture. If you don’t want yours falling apart, don’t cook it for 9 1/2 hours like she did.

I’m not saying these Crock Pot spare ribs are better than ribs on the smoker, but they are good. Very, very good. “Make again” good.