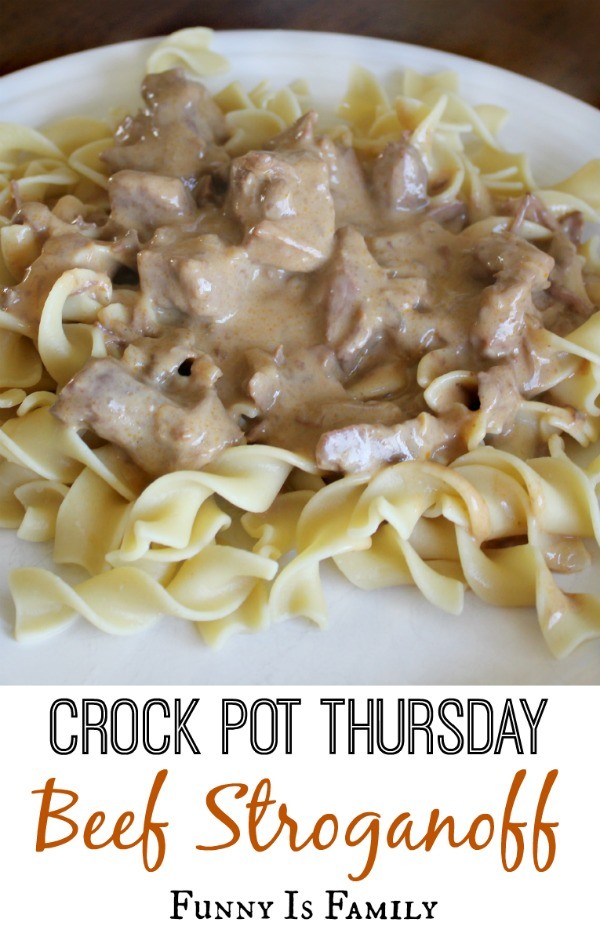 Beef stroganoff is one of my husband’s favorite meals, and usually when it’s on the menu at our house, he’s the one that makes it. This time I was in charge, and thankfully this dish turned out well. I wouldn’t want him thinking he’s a better cook than I am, or more precisely, I wouldn’t want him to have any more evidence backing up his already formed opinion that he’s a better cook than I am.

This slow cooker version uses stew meat, comes from allrecipes.com, and has been modified beyond recognition. Some people get fired up if a reviewer rates a recipe after it’s been modified, but I appreciate someone taking the time to say, “Hey, this was good, but when I added a bouillon cube it was great.”

The entire Crock Pot Thursday premise is based on this model, and I hope you also enjoy reading our feedback on our over 150 recipes as much as we enjoy sharing it!

Since I appreciate feedback on how to make a recipe better, I want to shake the hand of the reviewer who weeded through some 400 reviews and wrote one mega-helpful review mashing up all of the most popular tips. JILLYBEAN14 did this for today’s recipe, and I have essentially rewritten this entire recipe based on that comment. 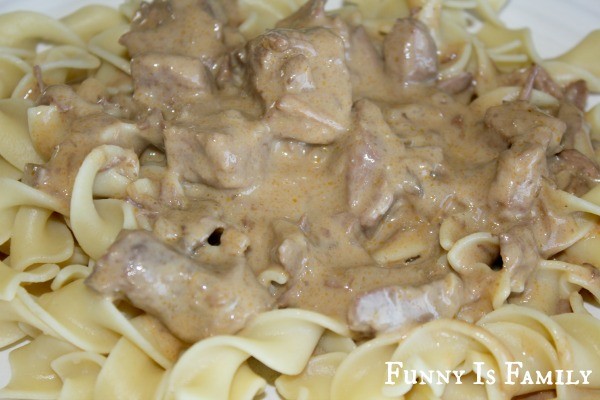 Linda
We all loved this beef stroganoff recipe. It was easy to put together, and very tasty. I found that the cream cheese was a bit hard to get blended into the sauce, next time I would just use all sour cream. We had it once over noodles and once over mashed potatoes. Both were great, but the noodles won the vote!

Stephanie
We loved this!

Sarah
We liked this…I thought it was a little runny, and the husband thought it was good, but not as good as our regular stroganoff. I used sour cream because our cream cheese was bad, and I served it over egg noodles.

Me
I doubled this recipe, and happily ate it for every meal for days. Next time I make this, I will used browned ground beef instead of the cubed beef, or cut the cubed beef even smaller. We didn’t love the big bites of meat. When asked to choose, my husband said he prefers his beef stroganoff recipe to this version. I like this one better. If I had chosen to make a life with a man who liked mushrooms, I would add some sauteed mushrooms near the end. If you are trying to fit into the spring clothes that fit just fine last year, this is not the recipe for you.

I used my 6.5-Quart Crock-Pot Programmable Touchscreen Slow Cooker to make this recipe.

Related: I need to buy some bigger pants.

Come back next week to see if Kim is still a member of Crock Pot Thursday after her disciplinary hearing!

[Tweet “You may need bigger pants after making this Crock Pot Beef Stroganoff, but it’ll be worth it!”]