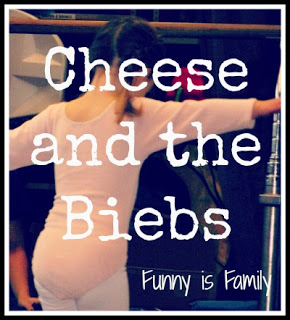 My friend is a wonderful mother. She truly delights in her children, and she is fun, and interesting, and animated. She is busy helping her family create memories, by planning trips to the local zoo or as far away as Disneyworld, cooking with her kids, or doing science experiments at home. They hold themed movie nights, the most recent being Honey I Shrunk the Kids, complete with sliders, mini tacos, pizza spirals, small bags of chips and mini drinks. She in enthusiastic about the arts, and has a close knit group of friends whose children have all grown up together, creating a strong community. She makes time to work-out every day, she makes time to have fun, and her home is lovely. She does all of these things consistently, and she still finds time to worry that she’s not doing enough.

She is doing enough. She and her husband have delightful, spirited, well-mannered children. They are adorable and fun to be around, they get along with their peers, and the stories I hear crack me up on the regular. They are involved in activities, they play well independently, and they show the proper appreciation when their parents do something extra special for them.

Even in a family where everything is right, there are bumps.

My friend and her 7 1/2 year old daughter are going through some growing pains. Her oldest girl has decided to quit ballet this year, a move that is breaking her theatrically-inclined mother’s heart. She also doesn’t like melted cheese. “Who doesn’t like melted cheese?” I was shocked to the core, and I had to know. A daughter who will fight the deliciousness of gooey dairy products merely to spite her cheese-loving momma, that’s who. She claimed to like the Biebs to piss her mother off. It worked, but my friend got her daughter a Justin Bieber CD for her birthday, as a show of good will. That CD was listened to only once.

My friend says that her daughter has been this way since before she was two. “I always assumed that my daughters would be my little clones and follow me blindly. Yeah, not so much.” She knows that she and her daughter have different tastes, and her girl is much more like her father in her tastes and likes; and she also understands that any clothing battles or the Biebs thing are just basic attempts at asserting independence.  She’s glad her kids have minds of their own, and she is quick to say that her daughter is the most demonstrative in her affection and is very agreeable when it comes to anything that isn’t “trivial girls crap”.

It got me thinking. As a mom, I’m always concerned with my kids seeing my behavior and emulating it. I can’t throw tantrums because my kids will. I need to be polite so my kids are, too. Would my behavior change if my kids did the opposite of what I did? Would that be totally awesome, or completely sucky?

I would have to start smoking again. That would be sucky. Back in college, when I would be huddled outside in the cold with my smoking buddies, we would talk about how we were definitely going to quit smoking one day, but fully planned on picking it back up when we were 70. Why not? Smoking was awesome, and 70 was practically dead, anyway. Now I don’t want to smoke. Not now, not when I’m 70. And let it be known that adult me fully realizes that 70 isn’t that old. The distinction of “old” keeps getting older. Just like I do.

I would have to swear around the kids. This would be awesome. Totally, fucking awesome. I am ashamed that I have caved to societal norms that say kids can’t swear. If I wasn’t afraid of what the parents at school would think, I would let my kids cuss, and I would think it was was funny.

I would have to eat junk. Lots and lots of junk. I’m just spitballing here, but it would probably look like countless Oreos, mountains of pizza, and mounds of Swedish Fish. Chased with gallons of Diet Coke. Or Diet Pepsi. I think I may be the only person in the world who drinks either of the leading diet colas, and has no preference. It’s not a comfortable position. Everyone thinks I’m a traitor, except those who don’t drink diet cola, and they just think it’s gross that I drink either of them.

Eating all of this junk would be awesome. Until it wasn’t. Because vegetables are delicious, and I don’t want my ass reaching epic proportions.

I would have to drink alcohol. More than I already do, I guess. Again, awesome and sucky. My booze intake is just right as it is, and I don’t really have time to be any more boozy than I already am. I have to raise these non-smoking, non-swearing, healthy eating kids after all.

So far, I don’t have to use reverse psychology very often, and I can already see that my children are more mimicking than contrary. This is most evident when they throw out a frustrated “Argggg!” that sounds just like mine, but can also be seen in their preference for books over sports, and snacks over everything.

My friend says she’s going to start doing drugs, sleeping around, and stripping, just to keep her daughter on the straight and narrow. But she won’t be listening to Justin Bieber or giving up melted cheese. A parent can only do so much, and I think you’d agree, that’s a bridge too far.

What behaviors would you pick up if it meant your kids would avoid them?