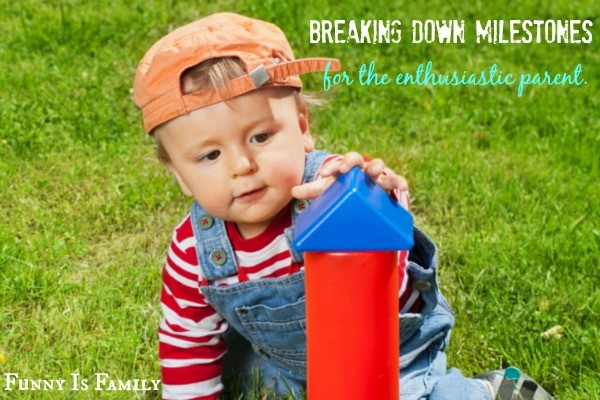 Last week while I was talking to my neighbor on the phone, she was trying to tell me that she planned on taking her kids swimming later in the week. She wanted to surprise them, and since her six year old is a reader, she couldn’t just spell S-W-I-M-M-I-N-G. She took a minute of using vague hints and half sentences to convey what she used to be able to spell in five seconds.

Reading is a milestone I could not wait for my children to reach. I adore reading, was able to read by age four, and just knew that my heart would soar and explode with joy when my oldest sounded out his first sight word.

I was right. The pride I felt when my boy read me his first book made me choke back tears as I beamed and kissed him about forty bazillion times.

But having a reader in the house comes with its own set of problems. I can’t let him look at my blog anymore, because he might actually read it. I can’t spell out simple words, so discussing the possibility of going to the P-A-R-K  now needs to happen in private. No talk of C-A-N-D-Y or C-H-I-P-S around our little literate, either.

As parents we are constantly keeping our eye on the next milestone. If we aren’t actively hoping it will come, we are at least imagining what it will be like when that day arrives. My mother-in-law told me years ago, “Don’t wish the time away.” I think of that sage advice often when I’m aggravated with normal kid behaviors, and when I find myself thinking “I can’t wait until he can pack his own lunch” or “When is she going to be potty trained?”

If we are constantly looking towards the next milestone, we may be missing the sweetness of our kids as they are today. Besides, reaching milestones isn’t always as wonderful as it may seem.

Eating Solids
I honestly have no idea why I was so enthusiastic for this milestone. Even after the first kid, when I knew what a hassle it was to feed a baby solid food, I still counted down the days to that month marker that said the time was right for tasteless mush to be smeared all over my baby’s face as well as my entire house. After that introductory rice cereal gave way to pureed vegetables, fruits, and (gag) meats; all onesies bore permanent food stains, and the mild boob-juice diapers gave way to stinky, big-kid-who-eats-solid-food diapers.

I loved introducing new foods to my kids, and it was fun when they were eating the same things as us, but I could have done without the years of cutting food into teeny, tiny pieces, and the stains – oh my, the stains. Thankfully, we have a dog. I honestly don’t know how people do it without having a pet to clean up most of the mealtime messes. I thought my babies were amazing eaters until we went to my mom’s house, where there wasn’t a pet to scarf the dropped food. The semicircle of Cheerios, fruit, and cheese on the floor surrounding the booster seat could have fed a small army. A small army of tiny people who ate little cut-up pieces of food covered in baby slobber.

Talking
Having my children able to speak to me was an amazing thing. It opened up a new form of communication, and sometimes even gave me answers to the ever-present question, “WHAT?! What’s wrong? I don’t understand what you want!”  There were less tantrums and less frustration (from both them and me) because don’t we all feel better when we are understood and when we can understand?

Hearing actual words out of my kids’ mouths sounded like music, and this is one milestone that held its magic…until my son was telling the pediatrician he had Goldfish crackers for breakfast, or explaining to his friend that the picture he drew was of an Angry Bird with three penises. And later, his sister would say, “Dad? When you’re at work Mom sits in your chair a lot”, totally blowing my perfectly constructed facade of days filled with housework interrupted only for enriching activities, exercise, and elaborately-prepared family meals. The amount of bullshit I could pass off as fact diminished significantly once I had a kid who could talk, and I really needed to be careful what lies I told. Those two kids of mine are pint-sized snitches.

Most importantly, having little talkers means I can’t swear anymore. More accurately, it means that when I swear, there is a very good chance my kids will, too. I’d blame it on my husband or the television, and while that might be true, the chances are just as good that it came from my foul mouth.

Rolling/Crawling/Climbing/Walking
These are all of the physical milestones that parents eagerly anticipate, with the exception of those smarties who realize life gets harder once kids are mobile. My head knew I shouldn’t be excited for these milestones, but my ego told me otherwise.

To clarify, I was excited for all of these things for my first kid. He rolled and crawled early, walked at the average 12 months, and I would have been happy if he took his first steps even earlier. Early walkers are more likely to become professional athletes and buy their momma a house, right? According to his first year of t-ball and soccer –  no, not so much. My daughter didn’t walk until 15 months, and since by then I had wised up, I was totally cool with that, except that she was getting too heavy to pack around in my weak, untoned arms.

Having a mobile child eventually paid off when that kid walked over to the fridge to get me a beer, but it took some time to get to that stage. Now that’s a milestone worth pining over: the first steps…to the fridge…to get Mommy a beer.

Potty Training
This is the one I really wanted. Two years of diaper changing per kid was plenty thankyouverymuch. We had a perfectly good toilet, some cute little potties for the tiniest of bottoms, and a line-up of cartoon celebrities to tout the benefits of proper toileting, in both book and video format. Potty training would be hard, but it would be worth it. No more wiping poopy bottoms, right? WRONG.

Here is where I show you my true stupidity: It didn’t occur to me that I would still be wiping bottoms long after our house was diaper-free. I also didn’t consider the long-term ramifications of tiny bladders in a big world. I can tell you where every bathroom is in every building we’ve entered in the past three years. We have a little potty in the car, and we use it frequently. I still pack extra clothes in case of accidents, and I have quit trying to imagine the day when I won’t have to make the kids go to the bathroom before we leave the house for a mere 20 minute errand.

Driving
I know I skipped over a ton of big kid milestones, but my kids are little and at this point, I can’t even imagine what I’ll be hoping for in the years to come. I do know that I will be excited for the day I no longer have to shuttle my kids to activities, friends’ houses, and everywhere else teens go. The day they can run to the store to fetch me a gallon of milk will be glorious. It will also be terrifying.

I was a teen in a car, and I remember the incredibly stupid and dangerous things that kids can do when they are high on freedom and mobility. Besides, although I know my kids will prefer their friends’ company to mine long before they can legally drive, when they have keys and the legal right to the road, they will have the means to make that desire a reality.

For now, I will be thankful that my kids are hitting milestones in their own individual time, and enjoy the wonderful things that come with each age and stage. I will try to remember that every hushed conversation I have to have with my husband about ice cream is worth it, because my son read the title of my New York Times best selling book, I Just Want to Pee Alone, and he laughed and laughed.