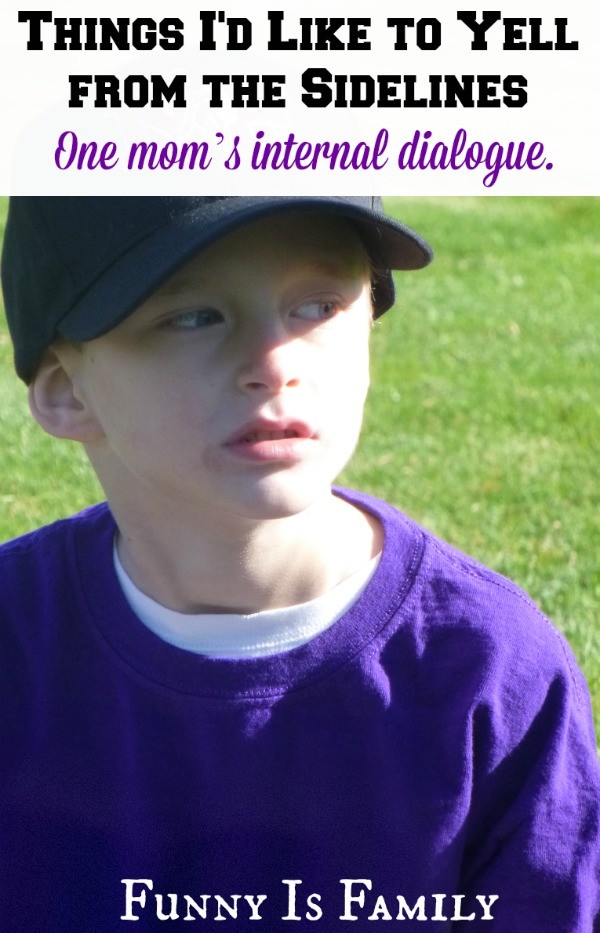 In just over a month, my almost six year old will start his second year of t-ball. At least, I think that’s when it starts. Even though this isn’t his rookie season, I honestly can’t remember how long it lasts, or when it begins, so like the rest of the parents in town, I’ll just wait for the email telling me who his coach is and where to pick up his uniform. My life would be easier if I had a better memory or if I were more organized.

I’m pretty excited about Graham’s second season of team sports. I learned some things about my boy last year. Like how much he likes dirt. The most his coach said about his performance at the end of the season was, “He sure likes to play in the dirt.”

It was true. My boy was able to find a good patch for digging not only in the outfield, but also in the dugout. Sometimes he would be so engrossed in chatting with his friends or digging, that he would completely miss his at bat. He never even cared when it was time to take the field again and he didn’t get a chance to knock the tee over a few times.

It annoys me when parents yell from the sidelines, so I didn’t. I sat on the sidelines, and shook my head in varying degrees of annoyance and amusement while watching him do everything but play ball. He was incredibly cute in his t-ball uniform, but we had plenty of dirt at our house. He could dig there for free, and I wouldn’t have had to put on a bra and leave the house.

Still, sometimes I felt like hollering during t-ball clinics and games. Not at the coaches; they were great. And because the kids were so young, there were no referees. My mental yelling was all at my kid. Here’s what it sounded like in my head. 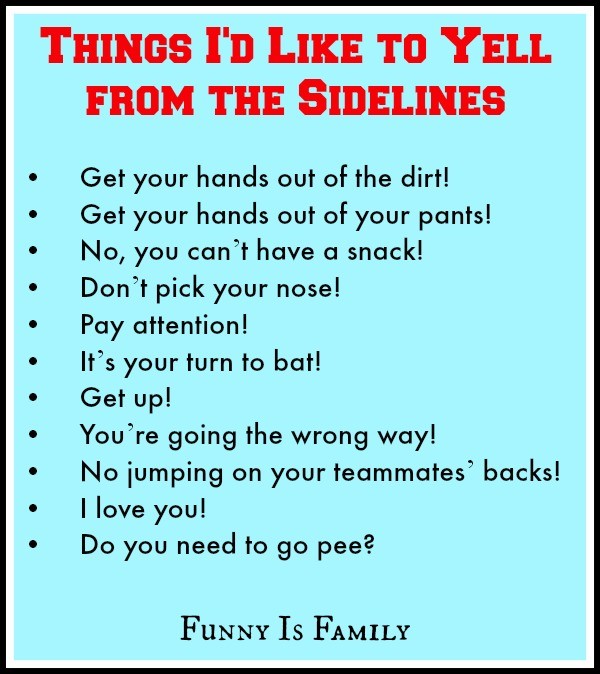 You may be wondering why we even do sports if he doesn’t seem interested. Sometimes I wonder that, too. But, he’s five, and he’s very interested when it’s time to register for the season. But actually standing up and participating is hard, y’all. You know what else is hard? Packing a lawn chair around all spring so I can watch my kid screw off at the different ball fields in town.

This year, my daughter, who can barely walk across a parking lot without whining and wanting to be picked up, will be starting soccer. I’m thrilled that she is finally old enough to participate, because I’m dying to see what soccer looks like without running.

[Tweet “”Get your hands out of your pants!” One mom’s inner dialogue to her kid from the sidelines.”]

[Tweet “Most of us don’t yell at our kids from the sidelines, but if we did, it would sound like this.”]