When my husband and I had been dating for about six months, he began the process of applying to graduate schools. We were exclusive, and had mentioned marriage, but only six months in we weren’t ready to pull the trigger on forever. We were, however, ready to actually live in the same town, as we had spent most of our relationship five hours apart. Because of our plan to live in the same zip code, and probably under the same roof, I had some say in which graduate programs he applied to. It went a little something like this: “I want to move with you, but I’m not moving away from the West Coast without a ring.” Armed with that information, he applied exclusively to schools on the West Coast. I should have realized at that point he wouldn’t propose for another two and a half years.

That summer we moved to the city that would be our home for the next eight years. I was able to transfer with my company, and in the fall, The Doctor began his graduate studies. He befriended some of his classmates, and they would frequently “study” at a bar down the hill from their school. It was a little lounge that boasted live music seven nights a week with no cover, and the had the best catfish po boy west of the Mississippi. It was a great little bar, and when I heard it was demolished last year, I was sad.

I have several fond memories of that bar, and of that first year in our new town. Since I was in retail, and often worked late, I would pick the crew up from their “study” sessions, and since they had been “studying” for hours, I would be the designated driver. The first time I met these friends, I showed up to the bar late (as usual) and The Doctor made introductions. I smiled and waved, the only way I could communicate because I was suffering from laryngitis, and wasn’t able to be heard over the blues band playing in the background. My future husband’s classmates couldn’t hear me, nor could the grandfatherly stranger who wandered over and asked me to dance. I couldn’t say no (literally) so I danced with him. To a jazzy little slow song. It was pretty fun, and kind of silly, and to this day I don’t know if those new friends thought I was cool or crazy. We are still good friends with those classmates, and thirteen years later, they know that I’m both.

Many nights after leaving our little bar (or whatever bar we had frequented that evening) we would swing by the DoubleTree hotel. The DoubleTree has these amazing complimentary cookies for guests, and since we had all stayed at a DoubleTree at one time or another, we figured the cookies were still for us. I would pull up to the door, and our bravest friend would run in and ask the employee at the front desk for some delicious, warm, chocolate chip cookies. He was usually successful, but once came out with his tail between his legs after being scolded by the desk person. On that occasion he got a second tongue lashing from us. We wanted cookies! After that one unsuccessful attempt, he always came back with cookies. Only years later did we find out you can purchase cookies, and that’s what he was doing after that one failed attempt.

One night I worked until 11 pm at my store, and headed to the bar to meet my love and my friends. They had been “studying” for hours, and were full of “knowledge”. I was used to coming into the celebration late, but this one was different. The bar was crowded, and we were tucked into a tiny corner. According to them, they had slowly and aggressively been pushed into the corner by one couple. I followed their eyes to a woman with an ass three times too big for her body, all up on her man. They told me this couple was making out like they were the only people in the place, and when they would come up for air, she would stick that monster caboose out. All my friends could do was grab their drinks and duck for cover.

I was appalled by how tiny our corner of the room was and how much space Big Ass and her face-sucking friend had. I was embarrassed for my friends, and disappointed in my future husband. What the hell, you guys? You’re going to let one girl crowd you out? They thought it was hilarious, but I was pissed. I took a few steps back, and stood my ground. Just then, Big Ass unlocked from her man, flipped her stringy blond hair, and stuck that butt out. Right into my back. It was disgusting, pressed up against me all squishy and warm. She started moving it back and forth, my eyes screamed in horror, and my friends lost it. They laughed that silent, shoulder-shaking laughter while I grimaced, wanted to cry, and stepped forward in defeat. “Told you!” they cackled. I grabbed a drink, fumed, and wanted to take a shower.

Big Ass went back in for some more tonsil hockey, and we tried to talk about something else. We couldn’t. Finally, our DoubleTree cookie fetching friend looked each of us in they eye and asked, “Do you really want her gone?” We all vehemently said yes. He asked again. Serious eyes, intense face. Yes, dude. YES!  He turned and walked away. We exchanged glances, curious. A few minutes later, he came back with a tray of shots. Oatmeal Cookies for everyone. We took our shots, but I still didn’t understand. Cookies (especially in cocktail form) made everything better, but not in this situation. Or did it? Not three minutes later, he looked at me and said, “Pull my finger.” I did, and my lactose intolerant friend unleashed a gassy fury that sent that nasty couple across the room, Big Ass squealing in horror. In fact, by the time the smoke cleared, we had way more room than we needed. We spread out, covering our noses and raising our glasses in victory. People gave us disgusted looks, and we laughed and laughed.

We made a pact to never speak of it again.

This recipe makes the VERY BEST CHOCOLATE CHIP COOKIES IN THE WORLD! 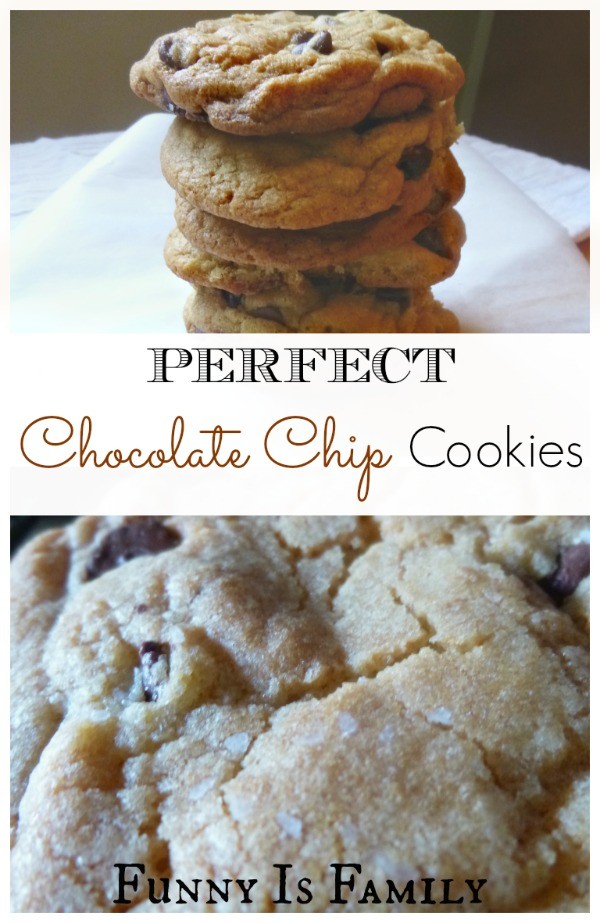