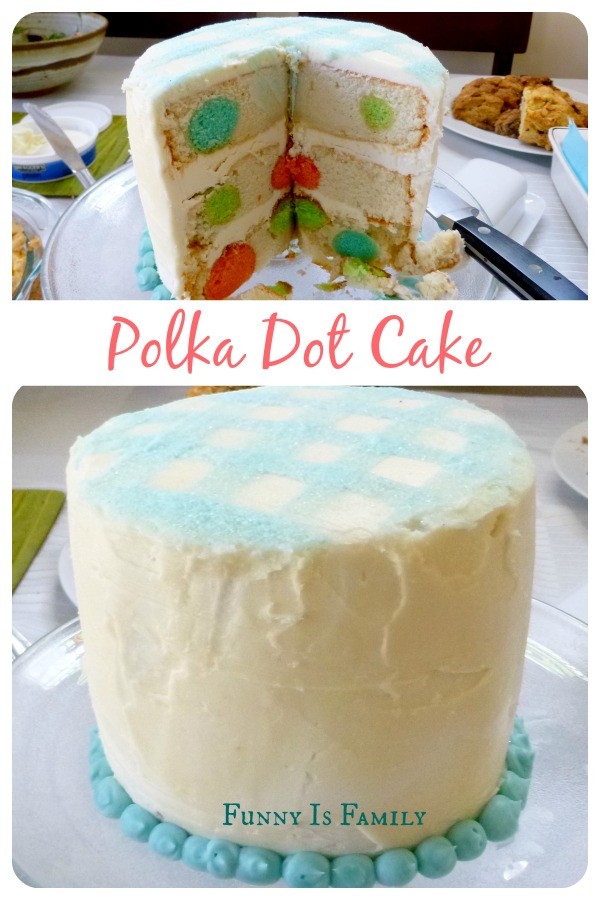 Recently I co-hosted a baby shower for my friend, Laura. If you ever have the chance to co-host something, you should totally do it. Well, you should totally do it if your friend Kathryn  is really hosting it, and by bringing a casserole, you get to be a co-host. That’s how it worked for this baby shower, and it was awesome. Now that I think about it, I’m “co-hosting” a school Valentine’s Day party or two this week.

I really like Laura, and I’m super excited she and her husband are having a baby. They are great people, and are going to raise an outstanding human. I always like it when my friends have their first baby, because they think I’m some kind of expert. As soon as you have your own kid, you realize all moms are sort of stumbling through parenting, and unless it’s written down, all conversations about when any major milestones happened are estimates at best. I have very little recollection of how I got my kids to sleep through the night, when we went from three naps to two, and how I weaned my babies. My pregnant friends don’t know that yet, and I can offer advice like the expert I’m supposed to be. 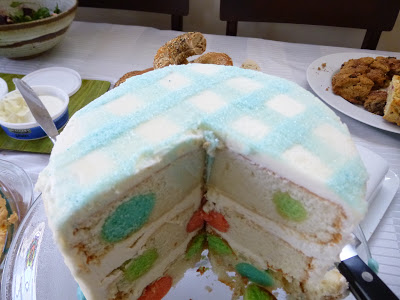 Anyway, for this shower, I made a polka dot cake, and since I’ve been on Pinterest quite a bit lately, I got more creative than I normally would. And by that, I mean I made the bombest, most ass-kicking cake I’ve ever made. And I’m going to show you how I did it, so you can do it, too, and so I can brag about my cake some more.

I got the idea from Once Upon a Pedestal, thought it was adorable, and thought it would be a good excuse to buy a cake pop pan. Other things I needed were:

Step One: Mix one box of cake mix, using the egg white version to keep that batter nice and white. Separate half of the batter into how ever many colors wanted for the polka dots. I was doing four colors, so I put the batter into four ramekins and added food coloring to each.

Step Two: Grease the cake pop pan and dust with flour. Do this to both the top half and the bottom half. Add the colored batter, filling the bottom half of the pan per the pan directions. The balls need to cook just long enough that they will come out of the pan clean, but so they aren’t completely cooked, since they will be covered in batter and cooked again. Mine took about 10-15 minutes. 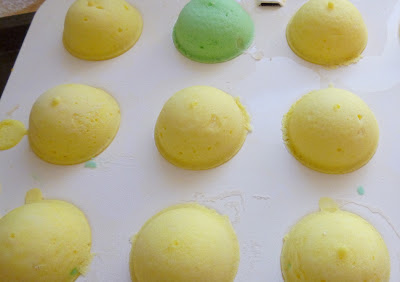 When the balls are done, they will probably erupt out of the top of the pan. That’s okay, because someone will be wanting to eat some cake at this point, and the erupted tops will take the edge off. The balls will also need to be trimmed around the edges. Go ahead and eat that, too, or give it to your whiny kids who don’t understand why you are making cake and they don’t get any.

Step Three: Grease and flour the round cake pan, put enough batter in the bottom to cover it, and place enough cake balls in that each slice will have a color variety. Cover with more batter, filling the pan to the halfway point, and spooning batter over the top of the balls to cover them. Bake according to the cake mix directions.

Repeat those steps as many times as needed until all three tiers are done. The cakes may come out with a rounded top, and since the layers will be stacked, they need to be nice and flat. I let mine cool upside down, which helped flatten the top a bit, and before taking them out of the pan, I placed a damp paper towel on top and pressed down. It flattened the rounded top like magic!

Step Four: Pop them in the freezer for a few hours or overnight before frosting. While you wait, I’ve got something hilarious to show you. Not all of the tops erupted. Some of them just nippled. 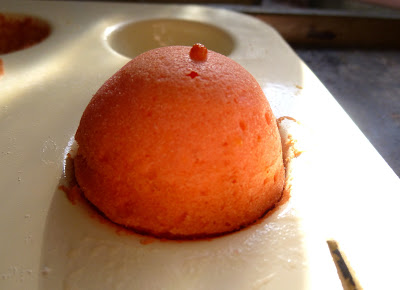 Don’t think I didn’t consider if I could use these beauties as cake toppers. Ultimately I decided against it, but I did show these pictures at the baby shower. Maybe I’ll make my husband some cake boobs for Valentine’s Day.

Step Five: Once the cakes are cold and set, they are ready for the crumb layer. I made my own white buttercream icing, because it is super easy and so much better than store bought. I would share the recipe, but I can’t remember where I got it from. Guess I should have pinned it! Frost all three tiers, with a generous layer of icing between the tiers. This layer of frosting doesn’t need to be perfect, since its purpose is to seal in the crumbs for the next layer. The pretty layer.

To decorate my cake, I colored the same buttercream frosting light blue, and did a rim of blue dots along the bottom of the cake. No elaborate frosting techniques for this girl. For the top, I cut strips of parchment paper, laid the strips over the cake, and dusted blue sugar on the top. The blue sugar was made from plain white sugar with  the teeniest drop of blue food coloring. I actually dropped the food coloring into a teaspoon, and then put half of the drop in the sugar because I wanted it baby blue. To make a crisscross pattern, I laid the parchment paper the other direction and repeated the sugar dusting. 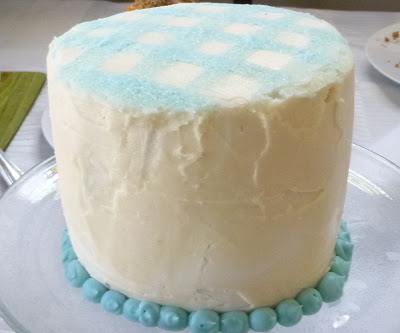 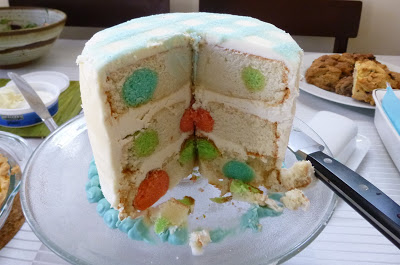 Next time, I’ll put more cake balls in, and use more colors. You guys have no idea how excited I am to pin this shizz.