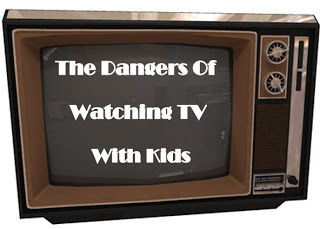 This weekend I was suffering from the gunk that’s been going around. Yesterday, while I was dying on the couch, the kids got their own breakfast of cheese and crackers. Maybe it’s not a traditional breakfast, but it’s no less healthy than pancakes or cereal. While Graham and Lily were building the world’s tallest breakfast sandwich of Ritz and various sliced cheeses, we were watching the Today Show’s pre-inauguration coverage. I hesitate to watch the news with the kids, since a wholesome slice of life story can quickly be followed by some rape or murder or missing kid story, and I don’t think my three and five year old need to start their day with the horrors of the twenty-four hour news cycle. They have a general understanding of real life, but I like to control that situation, and my version of it isn’t sensationalized or set to a photo montage.

I made an exception because it was both Martin Luther King Jr. Day and the inauguration, and both of those events are things I want my kids to know about. Here’s the problem…we were watching live television. Live TV comes with more worries than just seeing stories about the awfulness on the news. People, I’m talking about commercials.
I’m used to the kids wanting everything they see in commercials. If they aren’t laughing at dancing cats or giggling at talking babies, they are shouting, “We need to get that!” “Oh, cool! That thing lights up and sings!” “Mom, Mom, Mom…can I get that?!”  My standard reply is “Put it on your Christmas list,” and they never do. No problem.
Yesterday was different. It wasn’t a kid’s channel, so the commercials were geared to adults. Really, women, since that’s who watches the Today Show. My five year old kept saying, “Mom, did you see that commercial?” My answer was always no, and he would follow up with “You should really go back and watch it.” I did. The first was a commercial for Weight Watchers, with a woman telling the story of how she lost 100 lbs. The second was one for a skin care product promising a glowing complexion, and the third was one for a facial waxing system.
My boy is growing up. I like that he’s learning the fine art of the subtle hint, and while he obviously hasn’t perfected it, he’s much kinder than his three year old sister. Over the weekend she beckoned me to sit with her on the couch saying, “Mom! Come sit with me. I made room for your big bottom!” smiled sweetly, and patted the seat next to her.
I took Graham’s hint. This evening I tended to my facial hair situation, and I got out my hard core zit cream. If I lost 100 lbs, I would weigh less than he does, but he’s not wrong in that I could use some attention in that department, too. He’s noticing things, and pointing them out. His dad probably appreciates it: If any of these “hints” came from him, he would be passive aggressively punished for weeks. When my boy does it, I just think it’s bittersweet that he’s growing up so fast.

13 thoughts on “The Dangers Of Watching TV With Kids”