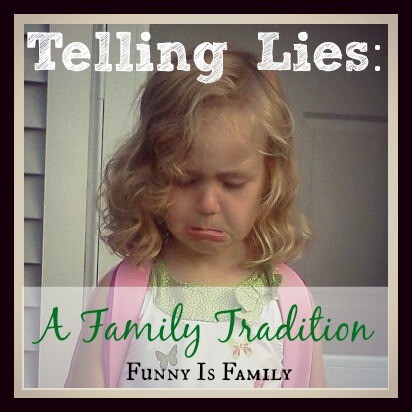 Last week, my three-year-old asked me if she could have an orange. I told her no for two reasons. First, she had already had an orange a few hours before. If I don’t ration the fruit around here, a five pound box of clementines will be gone in a day. And second, it was nap time, and every day at nap time that girl is more hungry and thirsty than I’ve ever been in my life. It’s her go-to stalling tactic, and I’m not a total idiot. She cried, as she does anytime I interrupt her two favorite things, snacking and avoiding naps, and ran away.

I called her back to me, and hugged and kissed her, ready to send her upstairs. I stopped. Sniffed. “Did you eat that orange?” I asked. “No,” she replied. “I didn’t.” Hmm…she smelled like oranges, but she didn’t have time to eat one, and sometimes the smell rubs off on your hands by holding an intact orange. Besides, she had had one earlier. Maybe that was the smell. Satisfied, I sent her off to bed. I headed into the kitchen to stare at the pantry and decide what to make for dinner, when I saw it. A pile of fresh orange peels on the floor of the pantry, right next to the million pound bag of dog food. I picked up the peels to put in the garbage, cursing my lying, conniving three-year-old, and when I opened the garbage lid I saw the orange. A whole peeled orange, right there on top. I had to laugh. She must have peeled it before asking if she could have one, and when I said no, she hid the evidence.

I didn’t know what to do. Bring her back down to confront her? Worry about it after nap? I was afraid she wouldn’t remember the details as clearly later, since like me, she wakes up more dead than refreshed after napping. Besides, I wanted to see what she had to say.

“Hey, Lily!” I hollered. “What?” she asked. “Come down here. I have a question for you.” She came down the steps on her bottom, bumping down each step. Bump. Bump. Bump. She was curious. Any contact after the beginning of nap time was usually instigated by her, and this was uncharted territory.

“Do you know why there are orange peels in the pantry?” I began. Eyes wide, brows raised, she slowly shook her head. “No.” Damn. I hope I can always tell this easily that she’s bullshitting me. I gave her another chance to come clean, reminding her that I already know she’s lying. She fessed up about the peels, and when I asked her where the orange was, she came clean on that one, too. I let her know that I don’t like lying or wasting food, and how the situation could have been handled in the future.

Am I annoyed that she is starting to lie? Of course. I mean, I know it’s normal, and healthy even, but it’s still sad. It means she’s growing up. I understand that kids lie for lots of reasons, but that usually it’s to avoid getting in trouble. Actually, that’s the main reasons adults lie, too. But sometimes people lie for more sinister reasons. Like what I did when I was six.

My brother had pissed me off for some unknown reason, and I vowed to get revenge.  He was four-years-old, 20 months younger than I was, and had just learned to write his name. I saw an opportunity to do more than your basic sibling justice, like knocking him down or taking his toy, and I wrote his name on the bathroom wall with a marker. I used my left hand so it would suggest a sloppy preschooler penned it. After carefully (but not too carefully) writing the five letters of his name, I stood back to admire my cunning masterpiece, smiled smugly at myself in the bathroom mirror, stashed the marker, and yelled, “Mooommmmm!”

Mom obviously blamed my little brother for the bathroom graffiti.  He denied to no avail, and I cowered in my room while he got a spanking for my handiwork. I can vividly remember him crying and pleading with my mom, telling her it wasn’t him. That he didn’t do it. She was probably extra pissed thinking he was repeatedly lying to her face. I felt horrible. I guess I didn’t really think the whole plan through. What did I think would happen? I wanted to fess up, but I couldn’t. If he got an ass whooping for writing on the wall, what would my punishment be for being such an evil bitch? A beheading? No dessert? I couldn’t chance it and find out.

I kept that dirty secret well into adulthood. What could they do to me then? My head, if not my honor, was safe.

Now that I think about it, stashing an orange isn’t that big of a deal.