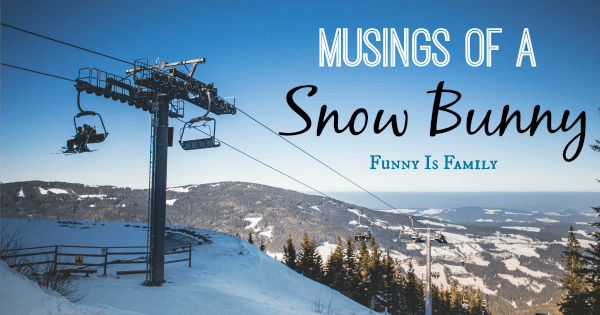 I used to ski.

I started skiing at a fairly young age, not as young as those helmeted three-year-olds you see zipping down the mountain without poles or fear, but small enough that when I fell, I didn’t have very far to go. Being from the Pacific Northwest, we had several worthy ski resorts that were good for a day trip, and several more that were more suited for a weekend of carving up some snow. Our family did both.

We often went with family friends, and the kids would spend the first couple of hours taking a group lesson. After the lesson, we would meet up with our parents, have lunch, and spend the afternoon at the rope tow. We kids hated lessons, the tedious hours making french fries and pizza with our skis under the watchful eye of a ski bum counting the hours until he was free to carve up the mountain himself, but our parents were either unwilling or unable to teach us themselves.  While we were learning to snowplow, the moms and dads were skiing the big kid runs, and drinking Bloody Marys in the lodge bar.

While I hated morning lessons, I loved afternoons on the mountain. I remember skiing between my parents’ legs, and fighting with my brother over which one of us had to go with Mom. She just didn’t have the same level of control as Dad, and skiing with her increased the chances of hitting a tree or getting sucked into a gigantic tree well. Ultimately I always ended up with Mom, because she skied slower, and I was a pansy who would get scared when Dad went too fast.

We enjoyed skiing as a family, and when my husband and I started dating, my family demanded he learn to ski.

He agreed to try it, however unenthusiastically. No one will disagree that it is easier to learn to ski as a child, but since both of my parents learned to ski as adults, the only pity they showed him was scheduling him a private lesson.

First up was securing him rental gear. My man and I headed into the ski shop to get his equipment, where he was outfitted with the shortest pair of skis I’ve ever seen. I guess it’s easier to maneuver shorter skis, which is good for beginners, but the sight of him holding these chest high skis made me want to laugh out loud. The “small equipment” jokes were flooding my brain, demanding to be released. I showed much more restraint than I am usually capable of, holding my laughter and my tongue, and we headed outside, my beloved clomping beside me unaccustomed to the snow boot gait.

My dad caught sight of us, took one look at those baby skis, and cracked the very beginning of a smirk. He quickly turned away to hide his face, but it was too late. My perfectly controlled, dry-humored father’s uncontrolled expression made me lose my composure. I started to laugh. Hard.

The lift hadn’t even opened, and my love was already losing his patience. I pulled myself together, and we found the rest of our party. All eleven of us. The lift was opening, and the ski lesson wasn’t starting for an hour. What to do? Head up, of course! He could do an easy run real quick before his lesson. Getting on the chair was actually pretty smooth. The chair goes super fast, but it detaches at the bottom and top of the mountain, and goes much slower when skiers get on and off, making it much easier than it ever was when I was learning. Back then, you got into position FAST, and if you didn’t, the chair knocked you down and kept going. It dumped you off at the top of the mountain in the same merciless fashion.

At the top of the mountain, we disembarked with some success, and regrouped. At this point, the future father of my children asked, “Now what do I do?” We looked at each other, ten adults and teens who had been skiing together for years, and said…nothing. Hmm. How do you ski? Someone offered, “Like this,” and headed down the mountain. The next hour was quite possibly the most frustrating and uncomfortable of my husband’s life. He made it down, but it was hard, and we weren’t much help. He was exhausted from picking himself up off the ground for an hour, and was sore from falling over a hundred times. When he got to the bottom, instead of heading to the lodge for a much deserved beer, he trudged to the lesson corral, for 90 more minutes of torture.

I can’t understand why he still doesn’t like skiing.

Unlike my husband’s, our first skiing experiences were more positive. Eventually, we kids no longer had to take lessons, or ski between our parents legs, or stick to the rope tow. We were serious skiers; with awesome neon coats, our very own skis, boots, poles, and lift tickets that granted access to the top of the mountain. I loved flying down the slopes with the wind in my hair and the sun on my face. I loved stopping short, spraying the white power in a perfect arch. I loved taking jumps, even though I barely got off the ground. It felt like I was flying. The mountain was beautiful, and the view from the summit was breathtaking.

By breathtaking, I mean I couldn’t breathe. The air was thin, it was windy as shit, and I was scared to death. Do you have any idea how far up that is? The first time I went to the summit, I was absolutely certain I would fall right off the mountain. I had to be coaxed down, and it took over an hour. The next year, I wasn’t nearly as scared, but skiing all the way down made my legs burn. I did some sports in high school and middle school, but I could never get down the entire mountain without several stops to give my muscles a break.

I hate being cold. Skiing is always cold, except those two times when it was spring skiing and warm enough to ski without coats. Usually I would layer my silk long underwear (top and bottom) under stretch pants, sweatpants, ski pants, long sleeved shirt (short sleeved shirt over it for my ‘lodge look’), sweatshirt, and ski coat with the fleece liner. Two pairs of socks (thin under thick), two pairs of gloves (liner and snow gloves), and one of those awesome sweatband-ear-warmer deals in hot pink to coordinate with my coat. No hat for this girl. It would mess up my bangs. Even with all of my many layers, I was still cold. Always.

And if I’m going to be honest, I really liked the wind in my hair, but not on my face. It stung. Also, that wind messed up my perfectly peacocked bangs. And the sun on my face always gave me a sunburned nose, even if I put on tons of sunblock. My nose is already prominent. I do not look great with a bright red beak and cheeks, and a white upper half of my face that had been covered by my goggles and ear-warmer.

Don’t even get me started on the chairlift. I haven’t been skiing in four years, and I still have nightmares about falling off the chairlift. Most often in that recurring dream, I slip off the chair, and grab hold of part of the footrest on my way down. I dangle there until I wake up. In real life, my sloth-like reflexes would never allow me to react properly, and I would be halfway to the ground (and my certain death) before I even realized something was happening.

I guess what I’m saying is that I really love the idea of skiing, and if it weren’t for the weather, I would actually like it. I love spending time with my family on the mountain, but in the past fourteen years, more of that time has been spent in the lodge bar than on the slopes.

Someone get on that. But not water-skiing. That’s too hard. And still not warm enough.