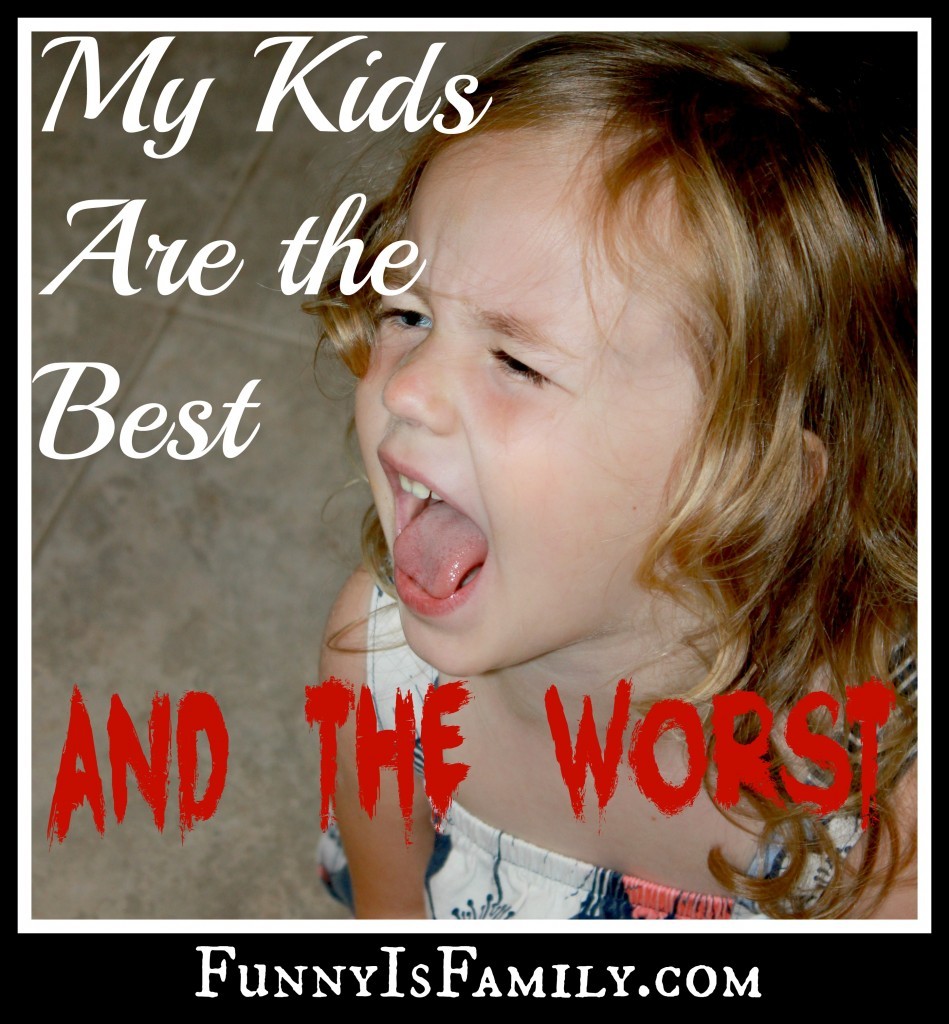 A friend was feeling bad yesterday morning. She had an epic fight with her three-year-old over the fact that he wouldn’t let her wipe him after pooping. They were late for preschool, she had other kids to load in the car, and she didn’t have time for his shit. Literally. She lost her temper, and after dropping him off at school, she still carried her remorse.

I listened to her story, laughing as I pictured her chasing her boy around the house trying to wipe his ass, because I had gotten all scary mommy on my five-year-old that same morning. He hadn’t put his clothes away like I asked, and his room was in shambles. Picking up his books and putting his clothes in his drawers is his responsibility, and I was pissed.

There are some things that set me off. I lose my temper and I say mean things. Last night in the car with both kids, my three-year-old daughter screamed. She has a scream worthy of a slasher film, and it pierces my skull. She screams when she’s happy (We get to go swimming today! Scream!), when she’s mad (No more cartoons? Scream!), or just for fun, like in the car last night. I yelled at her to stop (yes, I see the correlation), and told her that screaming and yelling in the car can distract the driver, who could get in an accident, and we could all die. That’s right. I told my girl that her screaming could actually kill us.

That’s not the only horrifying thing I’ve said to my kids. Not holding a grown-up’s hand in the parking lot or while crossing the street may get you hit by a car and your head will explode like a cantaloupe (stole that beauty from some friends). If you’re naughty on the airplane the pilot will kick you off and you won’t be able to see Grandma. I threaten to leave my kids places on the regular. I’m not proud of some of the things I say to them, but if it happens at my house, maybe it happens at yours, too.

I think it’s sort of endearing how we all think our kids are the absolute best but also the absolute worst. We feel more comfortable telling our friends the awful things our kids do. We have no problem one-upping each other with the bad stuff, but inside we all know that our kids really are better than everyone else’s kids. I am absolutely certain that my kids are cuter, smarter, funnier, and more clever than all other children in the entire world, but that they are also the biggest assholes. I know you get it, because your kids are probably also the goldenest of golden children.

I love my kids HARD. They get billions of hugs and kisses, they are frequently told that they are my very favorite boy and girl in the world, and I truly delight in them. They make me laugh, they make me proud, and I like them as people. But they can irritate me on a good day, and provoke my anger until I’m raging like a hurricane on a bad day. I think that’s why parenting is so exhausting. There is more emotional seesawing than a high school romance. At least this relationship will last till prom.