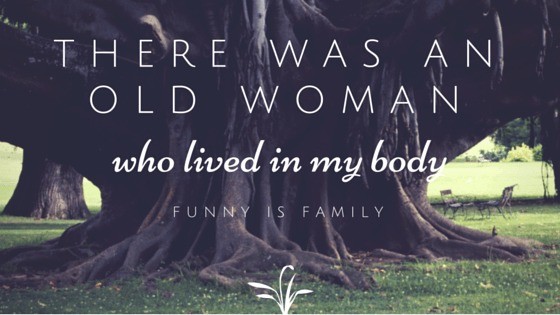 I’m not afraid of growing old, in fact there’s quite a bit of evidence suggesting I’ve been an old woman for years. I’ve been drinking coffee since I was twelve. In high school, I would get up extra early to drink that coffee while reading the morning newspaper. Getting up early was difficult, as I would also stay up late watching Letterman. I like to think I was fairly cool back then, but I also acted like a sixty year old man. During Lent I would have to rush that paper reading, because for those six weeks I would also squeeze daily mass in before school. Just me, my younger brother, and about twelve devout blue hairs.

My old lady tendencies have evolved. We no longer get a print newspaper, but I still get up early for my coffee and the news. Now most of that news comes in the form of Facebook and Twitter, which is not quite the same, I know. My West Coast friends do a decent job of keeping me updated on anything I may have missed while sleeping, but I was really much more knowledgeable about current events when I was 16. If I didn’t have a kid or two with me almost all of the time, I would listen to talk radio instead of music in the car. Those folks on the radio do not talk nice to each other, and my littles don’t need to hear that.

When we take a road trip, I insist on traveling with a blanket on my lap. I like the temperature to be toasty warm, and the music at a comfortable level. I flinch when my husband follows someone to closely on the freeway, and when I see anyone younger than me driving recklessly, I shake my head and wonder “Why are kids so impetuous?” When cars speed through our neighborhood, I give them a stern glare, and sometimes even yell at them to slow down. Despite all of this, I’ll have you know, I do not drive like an old person. Most of the time (not in neighborhoods) I have embraced and celebrate New England’s culture of using the speed limit as only a suggestion.

This week I’ve been checking the weather like a junkie. Sitting in the recliner, blanket covering my lap, and flipping from The Weather Channel to our local storm coverage and back again. I need to be up to date on Hurricane Sandy, because it’s the first thing I’m going to want to talk about when I see the neighbors or an acquaintance at the store. We old folks LOVE to talk about the weather!

The past few days I’ve been dipping into the Halloween candy. My husband tells me my love for Almond Joy shows my inner age, but I don’t care. I’ll happily eat it while watching CSI like the old-timer I am. I’m not saying that getting older doesn’t ever faze me. I don’t like finding a gray hair, the lines on my face are pissing me off, and I accidentally ate a black licorice jellybean last week, and liked it.

Even for a girl who got her first AARP card in the mail at 24, that’s kind of a big deal.