While I was scrubbing our black lab mix, Edgar, yesterday I was annoyed. He rolled in poop (again) and I didn’t need to remind him that he’s supposed to be my good kid. He’s seven, and mature, with a distinguished gray beard and a friendly demeanor. He’s content with a ball to chase, a daily walk, and a belly rub. He’s amazing with the kids and he has a deep, fierce bark that gives any unannounced visitor pause. He’s a great dog and a wonderful family pet. This hasn’t always been the case.

We got Edgar Martinez (we are a family of Seattle Mariners fans) when he was seven weeks old. He was an orphan from the mean streets of my hometown. His mother had been hit by a car, along with a few of his litter mates, and Edgar and the remaining pups were hungry and tough. We found him on petfinder.com, and with the help of my dad, who called in a favor, we snatched Edgar out from under a woman from Seattle who had her eye on him. 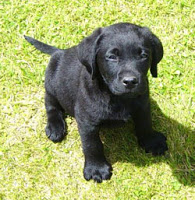 I can safely say he was the cutest thing I’d ever seen. I was totally smitten. He was a tiny bundle of fur gnawing on a bone, and if you’ve ever seen a lab puppy, you know that on the hierarchy of cuteness, that’s pretty close the top. But then it happened. Someone got too close to his bone. He growled and snapped. My brother’s older lab was at the house, too, and Duke was giving our evil little puppy a wide berth. I was scared. What had we done? We weren’t prepared to handle the challenges of a dog from the streets. What kind of baggage was this eight pound dog bringing to our family? I didn’t need to worry. The Doctor was ready to train, and soon Edgar was no longer food guarding and he was on his way to being crate trained. He was safe and friendly, but he was BUSY.

That little bastard chewed shoes and ate underwear. He peed on the floor and dropped deuces on the carpet. He bit me with his sharp tiny teeth, and he cried at night. If he wasn’t in his crate, he had to be watched at all times. It was exhausting. Having a brand new puppy is more work than having a newborn. That’s right, I said it. Hear me out…

Newborns are fairly easy. They sleep almost all the time. If you leave the room, they are in the same spot when you come back. Every. Single. Time. Neither of my newborns ever ate any of my undergarments. They did chew a shoe or two, but not until later. Soiling the carpet? Not newborns. Biting? Well, yeah, but not with teeth. 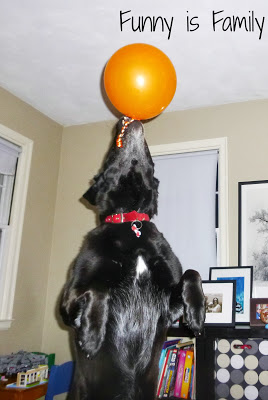 Obviously, for this comparison I am only referring to inside dogs. If Edgar were an outside dog, that time he had the runs when we were at work wouldn’t have resulted in what we now call the Shit Storm of 2005. Poor buddy got as close to outside as he could, poo sprayed all over the glass slider, in the grooves, on the kitchen floor, and on the walls. Or so I’m told. The Doctor was the first one home. He really took one for the team that day. Outside dogs don’t pose the same challenges as inside dogs, but I imagine, neither would outside children. 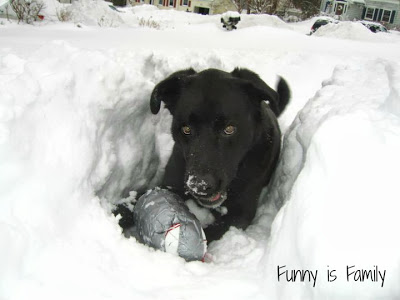 Dogs get easier and kids get harder. I am thankful we got our four legged baby before we had children. And Edgar really is my good kid. He rarely complains, he’s a great snuggler, he is patient and careful with the kids, and when he misbehaves it’s usually because he hasn’t gotten adequate exercise. He always wants to be around me, he never talks back, and sometimes, he’s the only one in the house who likes my cooking.

3 thoughts on “My Good Boy”